NEW YORK (PIX11) — With 2 feet in the cards for this week’s blizzard, this storm has the potential to be one of the top ten snowiest storms on record at Central Park.

The storm with the highest total was back in February of 2006, when thunder snow and snowfall rates of up to 5 inches per hour brought NYC to a standstill. The previous record was held by the blizzard after Christmas in 1947. 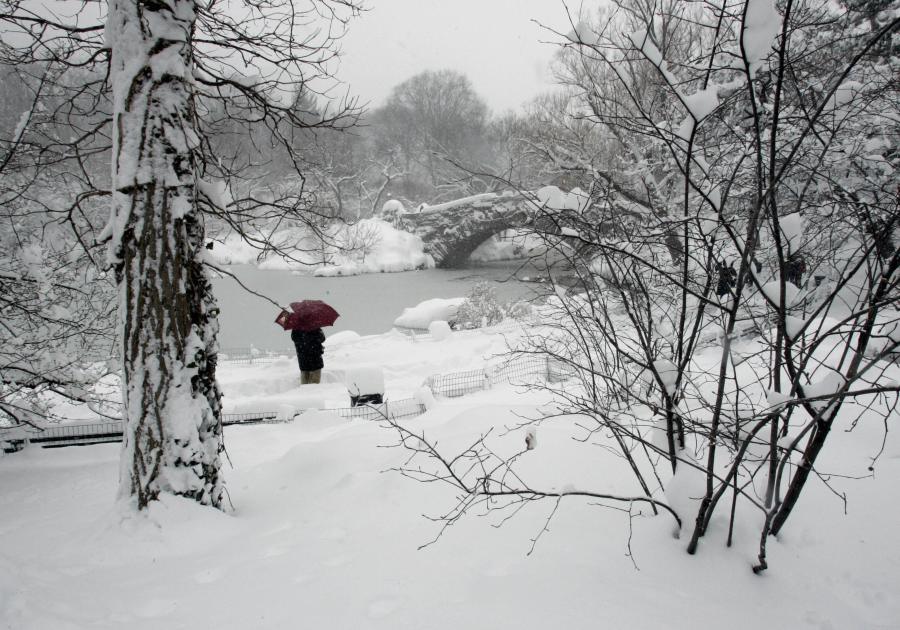 A view of the Gapstow Bridge in a snowy Central Park 12 February 2006 as a major storm slammed the mid-Atlantic and Northeast states dumping nearly two feet (60cm) of snow in Central Park by late morning, the city’s second heaviest snowfall on record, surpassed only by the 26.4 inches (67cm) that fell in December 1947. (Getty Images)

The Blizzard of 1888 measured 21 inches, but snowdrifts were reported to be several feet high.

The Blizzard of 1996, a two-day event in January 1996 was notable for its massive snow totals up and down the Eastern seaboard.

And do you remember the Boxing Day Blizzard just about 4 years ago? That comes in at 20 inches. Also looking at the list, a big storm in the busy winter of 2010-11 dropped 19 inches, and the Presidents’ Day Blizzard in 2003 dropped 20 inches.

So where would this storm rank? Well, a 24-inch snow total for Central Park puts it at No. 3. But heavier bands of snow, tough to pinpoint before they occur, may bring those totals up if NYC is “lucky” enough to be under it.

So this storm looks to be historic, especially in terms of numbers, but also for its expected wide impacts.