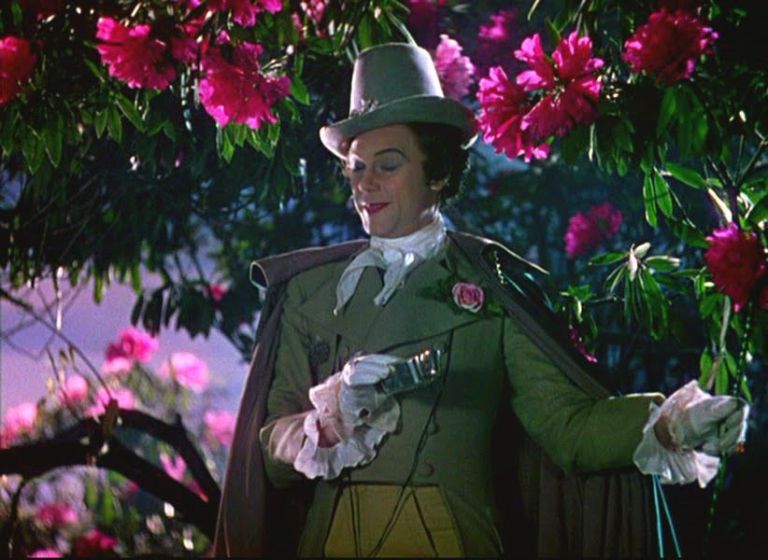 Today, America seems to go to one place for classic movies on television — TCM — a network that has become a haven for film fans.

But when I was growing up, indie stations were the place where movies were an important part of a station’s success — and WPIX had some of the best films.

With that in mind, I decided to jump on the way-back machine, first to look at the earlier days of WPIX,  when the station was looking  to fill the schedule just as television was preparing for boom times. And then, I will look back at some of the classic films that became WPIX traditions, often at the holidays.

One September day in 1948, just three months after the station hit the airwaves, the schedule featured “Racing From Roosevelt Raceway,” a broadcast of a “Fashion Show From Belmont Racetrack,” “Comics On Parade,”  a baseball game featuring “The New York Giants vs The Pittsburgh Pirates” and “Newsreels.”

One of the first films listed was “Over The Moon,” a 1939 British film starring Merle Oberon and Rex Harrison. The film was shot in Technicolor,  but, of course, the audience saw it in black and white then.  Most of the major film studios were not interested in television until the new medium was keeping people glued to their sofas at home instead of seats at the theater.

WPIX’s most iconic film was first broadcast during the 1950s and to this day it is a cherished part of the station’s holiday programming  — “March Of The Wooden Soldiers” (1934) starring Laurel and Hardy. In fact, WPIX actually owns the film.

Some of the best British films ever produced also found a home at WPIX from the 1950s through the 1970s.  Such classic British films as “The Belles Of St. Trinian’s” and “Cottage To Let” found many fans through the stations airings.  A genuine masterpiece, “Stairway To Heaven,” released in England as “A Matter Of Life And Death,” turned viewers into film fans. As a treat, PIX would air a 16mm Technicolor print.

As the number of televisions across the USA spread like wildfire, the major studios such as MGM and Universal (which had bought the pre-1948 Paramount films) started licensing films in groups of titles or “packages,” and stations had to rely less on Poverty Row studios films from such outfits as Monogram Pictures.

Short subjects such as the classic “Our Gang” films would be rechristened “The Little Rascals” and would find a home at WPIX and would also be featured on Officer Joe Bolton’s “Clubhouse Gang.” Officer Joe would also host the classic “Three Stooges” shorts, and viewers would get to see the leader of the group when Moe Howard visited their favorite WPIX personality.

Of course, some of the best cartoons ever produced would find a home at WPIX — the classic Max Fleischer and later Famous Studios Popeye films.

In 1960, film mogul Samuel Goldwyn made a deal to license his classic films  to CBS. Goldwyn was a close friend of CBS’ head honcho Williams S. Paley, and he thought the deal was personally being handled by Paley.

It wasn’t. The result was the films were not aired in prime time, and many times of the credits were chopped off.  Goldwyn felt his name, which meant an A-class picture, was not getting the proper exposure. Paley believed the situation hurt their friendship.

That would all change when the Goldwyn films found a home at WPIX during the 1970s.  Such classics as “The Best Years Of Our Lives,” “The Princess And The Pirate,’ “Ball Of Fire,””The Kid From Brooklyn,” “The Pride Of The Yankees,”  “The Bishop’s Wife” “The Secret Life Of Walter Mitty,” “Hans Christian Andersen” and others became staples of WPIX’s lineup, turning a lot of viewers into classic film fans.

And one of the best parts of WPIX showcases was the station’s ability to program them as events.  WPIX turned a lot of us onto the charms of “The Bells Of St. Mary’s” during the holiday season, the same for the classic “The Bishop’s Wife” with its top cast of Cary Grant, Loretta Young and David Niven.

We were all Irish on St. Patrick’s Day as we watched the station’s annual broadcast of John Ford’s love letter to Ireland, “The Quiet Man,” starring John Wayne, Maureen O’Hara and Barry Fitzgerald.

We all knew baseball season had arrived with PIX’s traditional airing of the classic “The Pride Of The Yankees” starring Gary Cooper as Lou Gehrig.   And Thanksgiving Day would bring unspoolings of the aforementioned “March Of  The Wooden Soldiers”  and later in the evening, 1947’s “Miracle On 34th Street.”

And who can forget the debut of “Miracle” in color in the mid-1980s — many still do not like colorization but it was a big premiere none the less.

And one bit of trivia: WPIX did air “It’s A Wonderful Life” in the 1980s, back when the film was in the public domain, and before Republic/Paramount was able to claim that the film’s music score protected the copyright. The film went from airing on hundreds of stations and cable networks to running on one place— NBC.

What a wonderful role WPIX played in making me a fan of classic film, and I can state many out there feel the same way. They were wonderful times sitting in an easy chair and watching some of the best films made during Hollywood’s golden years — and discovering British greats as well.

Robert Grippo is a historian, author of the books “The Macy’s Thanksgiving Day Parade,” and “Macy’s The Star The Store The Story”, and curator of The Big Parade History Project Facebook page.

Man sentenced in death of teacher walking his dog