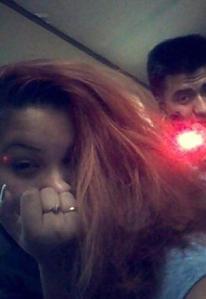 NORTH LITTLE ROCK, Ark. — Police say an Arkansas woman posted selfies on social media that appeared to show her boyfriend pointing a gun at her head — just hours before he allegedly fatally shot her in the head.

Stephanie Hernandez, 21, the mother of two young children, was found dead at her Little Rock home around 7:35 p.m. Sunday.

Police searched her phone and social media accounts to find that she posted one picture of a gun and ammo in her house over the weekend. KARK reported that she also sent a Snapchat photo showing her smiling at the camera while her boyfriend, 20-year-old Rafael Gonzalez, held a gun behind her head.

Another one showed Gonzalez with the caption that read, “Strap Chat.” 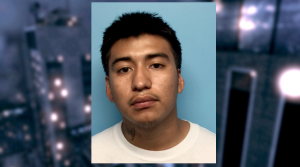 Police arrested Gonzalez the next day and charged him with first degree murder.

Rey Hernandez, Hernandez uncle, said his niece was starting to get her life together for her and her two young girls and was supposed to start a new job Monday morning.

He said his niece leaves behind a 3-year-old daughter and an 8-month-old baby girl.

“Really distraught. We are in pain. We didn’t expect this at all,” he said.

He was given a $1 million bond.