LONG ISLAND CITY, Queens — Police are searching for a suspected gunman who allegedly fired at a teenager but missed her and struck a woman walking from a train station in Long Island City Friday.

The 28-year-old victim was near 41st Avenue and 10th Street about 7 a.m. when she was shot in the stomach, police said.

Snooze Brown, 23, was nearby, allegedly fighting with a 19-year-old woman when he pulled out a gun and fired a shot at her, police said.

The shot missed and instead struck the victim in her stomach, who was taken to a hospital and treated for non-life threatening injuries.

She had just exited a train and was walking with another woman, 22, at the time, police said. The MTA’s 21 Street-Queensbridge stop is nearby.

Residents tell PIX11 violence is a common occurrence along the street near Queensbridge North Houses. 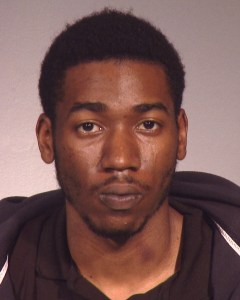