The 7 train extension to Manhattan’s westside is supposed to be open February 24, 2015.

The structure is being completed above and below 34th Street around 11th Avenue. It extends the 7 line from Times Square to a part of the city that is being redeveloped.

Those retail, commercial and residential projects are known as Hudson Yards. The Westside Train Yards are also in the area.

The High Line just opened on the same block. The station was was supposed to be open in 2013. 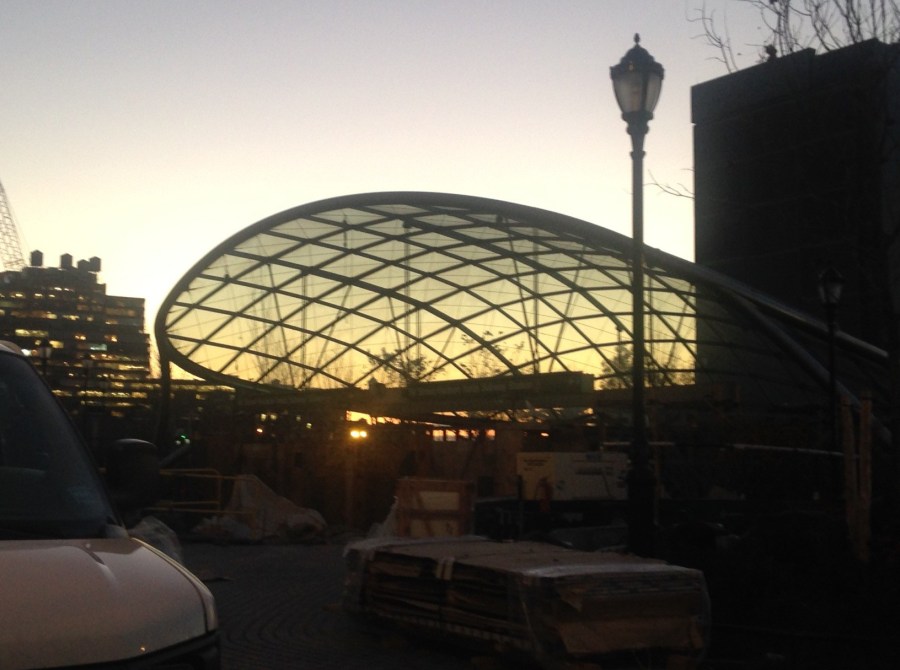 Signs are up at the station entrance that say “34th St-Hudson Yards Subway Station.” The MTA Media Office says the agency’s station naming committee approved the name. No naming rights were purchased, although a change could be considered.

“Atlantic Av-Barclays Center” became the official name in 2012 when the center opened and Barclays paid about $4 million for 20-year deal.