The skit begins as a horror story, but for some, Taylor Swift’s ever-growing “squad” may be scarier than any serial killer or visit from the undead.

Swift’s began filling her squad with the usual mix of besties and models (Selena Gomez, Karlie Kloss, Gigi Hadid, ect.), but ever since she kicked off her international “1989” tour, it has grown considerably with new unexpected guests in every city.

Musical sensations like Steven Tyler, Mick Jagger and Justin Timberlake have joined the singer onstage as well as rappers Nelly and Wiz Khalifa and actors Julia Roberts and Mariska Hargitay. The country-turned-pop star even brought “Friends” stars Matt LeBlanc and Lisa Kudrow, who gave a rendition of “Smelly Cat,” to the stage. 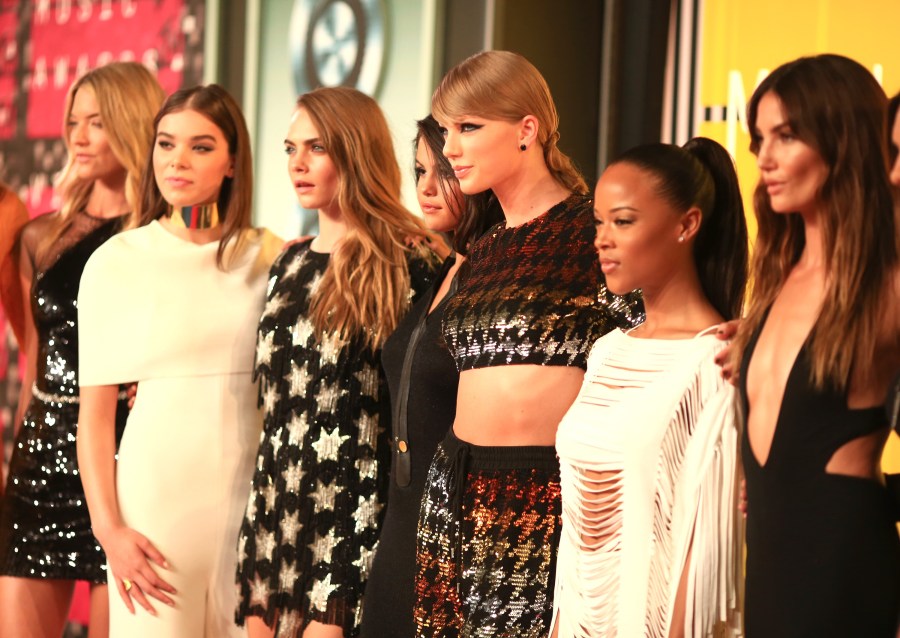 With this many high-profile people in Swift’s #squad (here’s a full list), it was only a matter of time before “Saturday Night Live” poked fun at the singer and her famous friends (or acquaintances).

The “SNL” cast hypothesized that almost that almost everyone on earth will have joined Swift’s squad in the near future, a post-apocalyptic world where everyone is lying on matching American flag towels (a reference to Swift’s much-Instagrammed 4th of July parties).

“First it was the models, then the athletes,” Kenan Thompson quipped. “Then it was everybody: police, fire department, Matt LeBlanc…”

Then, an ominous voice heard in countless movie trailers says, “It wanted to collect the whole world until there was no world left to collect.”

In the end, Aidy Bryant is sucked into a black hole-like abyss while screaming, “Taylor!”

It may only be a matter of time before the rest of the world follows suit.