PHILADELPHIA — An avalanche of balloons capped off this week’s Democratic National Convention in Philadelphia, a colorful way to end what was a historic moment when Hillary Clinton became the first woman nominated be president of the United States. 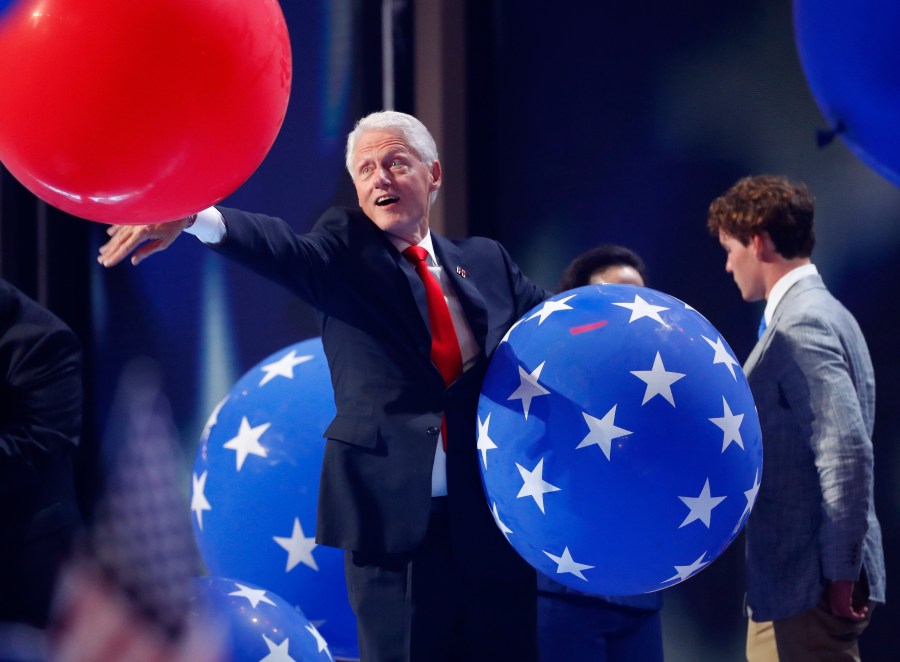 Clinton’s reaction to the dramatic balloon drop has been described as “giddy,” “joyful,” filled with “childlike wonder.”

Watch it for yourself in the video above.

I’ve decided to start rating things on a scale of 1 to Bill Clinton and balloons.

find someone who loves you as much as @billclinton loves balloons pic.twitter.com/d2e6NOu9Lw

Nothing will ever be better than @billclinton communing with balloons. NOTHING, Internet. #DemsInPhilly pic.twitter.com/T9DFwiXasV