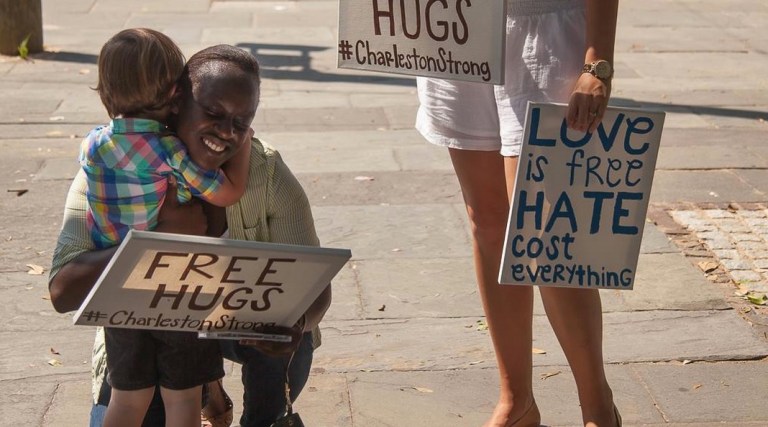 CHARLESTON, S.C. — An emotional photo that captured a South Carolina man’s 3-year-old son hugging a fellow South Carolinian has become a touchstone for hope in the wake of a tragic church shooting in that city.

John Nettles told the Huffington Post he and his family were walking near Emanuel A.M.E. Church in Charleston when they saw Taylor Willis and her friend Beth holding signs that read, “Free Hugs #CharlestonStrong.”

Nettles asked the women if he could take their photo. As he got ready to take the photo, his 3-year-old son ran to them for a hug.

Nettles shared the photo on Facebook, where it has over 2,200 likes and over 1,000 shares: