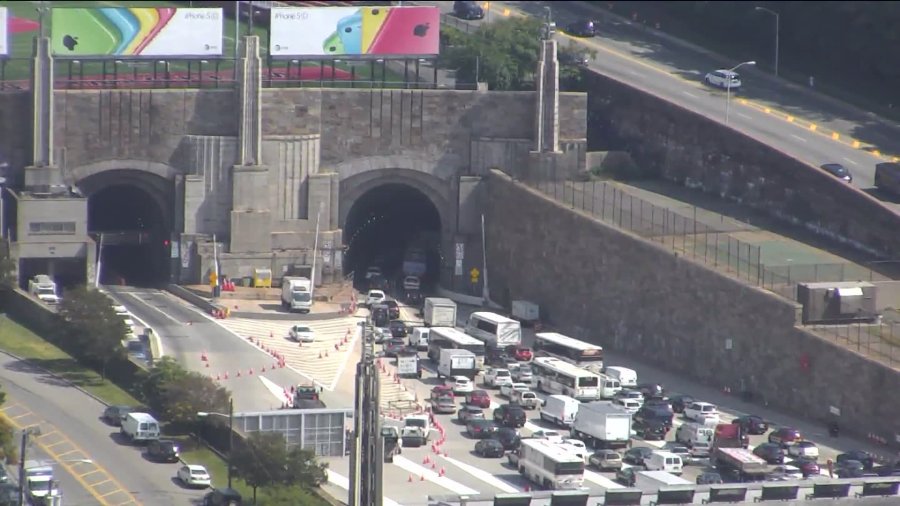 Traffic jams ahead of the Lincoln Tunnel entrance on Sept. 2, 2014, after a crash inside the tube. (Photo: PIX11 Traffic Cam)

WEEHAWKEN, N.J. (AP) – Officials say a New Jersey man has died from injuries he suffered in a chain-reaction crash inside one of the tubes of the Lincoln Tunnel.

Port Authority of New York and New Jersey police spokesman Joe Pentangelo says the 49-year-old Summit resident was among three people hurt in the accident. But his name has not been released, pending notification of his relatives.

A New York-bound jitney bus and two other vehicles were involved in the crash, which occurred around 8:30 a.m. Tuesday in the tunnel’s center tube.

The drivers of both passenger vehicles were also injured. No injuries were reported to bus passengers, though one had a panic attack after the crash.