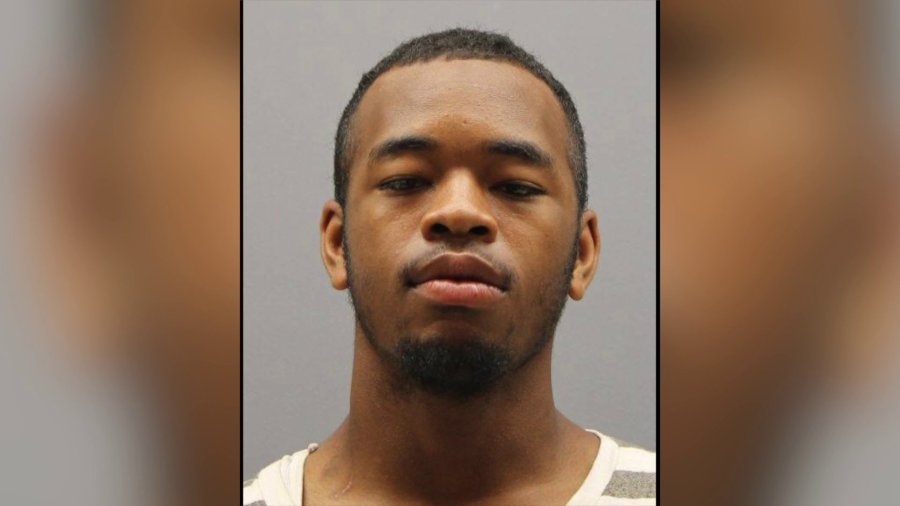 WASHINGTON — District of Columbia police have arrested the man suspected of fatally stabbing a former intern for Connecticut Congressman Jim Himes on a Metro train Saturday.

Officers arrested Jasper Spires Monday and charged him with first-degree murder in the deadly attack.

Kevin Sutherland, 24, an American University grad from Connecticut, was riding the Red Line when he was stabbed to death on Independence Day.  Sutherland’s friends told police the attack appeared to be random, taking place on a crowded train.

According to court records, police arrested Spires in an unrelated case Thursday in Northwest, Washington.  Spires allegedly walked up to a man and asked him, “What do you have in your pockets?” before grabbing him by the throat and slamming him against a wall.  Spires was arrested minutes later and initially charged with a felony.

That charge was downgraded to a misdemeanor and Spires was released from police custody Friday, according to court records.  “We’re pretty distraught that he was released for a similar if not less deadly crime two days earlier,” Joe Sutherland, Kevin’s uncle, told the Post.

Sutherland is originally from Connecticut, and worked as an intern for Himes as an intern after moving to D.C.

Along with politics, Sutherland loved photography, videography and technology, and ran a website where he showcased his work.  He also wrote extensive pieces about the latest news or just his daily musings.

“We are heartbroken to learn that the American University and the AUSG community has lost an individual who is emblematic of who we all are, and who we hope to be.

Kevin Sutherland was truly the best of us.  He was incredibly kind.  He was utterly and completely devoted to his friends.  He used his intelligence and his talents to be a champion for what he believed in.

We are all better for knowing Kevin.

Our hearts are with Kevin’s family and friends during this time of immeasurable loss and grief.”

FOREST HILLS, Queens --- Crews with the New York City Department of Transportation will be working along a stretch of Queens Boulevard this summer.

For years, the area from Forest Hills to Kew Gardens has been promised improvements for pedestrians, cyclists and drivers.

One of the first questions posed by debate moderator Errol Louis was on what should be done about the NYPD.

GRAVESEND, Brooklyn --- Brooklyn mosque-goers discovered their Islamic center had been vandalized as they arrived Thursday morning to celebrate one of the holiest days of the year in the Islamic faith, officials said.

As tensions flare in the Middle East, with fears of all-out war between Israel and Hamas growing exponentially, the Tayba Islamic Center on Coney Island Avenue was vandalized with graffiti reading "Death 2 Palestine."

Debate night: NYC mayoral race heats up with 6 weeks to go before primary

Pfizer vaccine for NYC kids: What to know and how to get it for your child