(PIX11) – A suspected killer’s selfie with his alleged victim is being called “key evidence” by a Pennsylvania district attorney after the teen posted it on the social media site Snapchat, according to officials.

The image shows the victim, Ryan Mangan, sitting in the background with a gunshot wound to the face, while his suspected murderer looks into the camera.

Mangan’s mother found her 16-year-old son’s body inside their Jeannette home Wednesday, court documents reveal.  The mother of another boy alerted authorities after finding out that the suspected killer had sent the photo to her son using Snapchat, an app that deletes shared photos after several seconds.  The boy managed to take a screengrab of the image before it disappeared, however, police said. 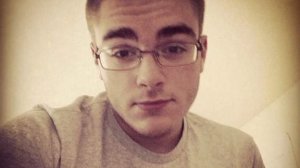 The body of 16-year-old Ryan Mangan was found by his mother inside their Jeannette, Penn. home. (Facebook)

A single 9 mm shell casing was found inside the house, but no murder weapon, according to police.  Mangan’s mother says she received texts from the 16-year-old suspect’s phone, including the following message, “Told you I cleaned up the shells . . . Ryan was not the last one.”  Detectives took the boy into custody, and, during a search of his home, found a matching handgun hidden under the basement steps.

During questioning, the teenage suspect allegedly confessed to shooting Mangan.  The boy will be tried as an adult, authorities believe, and has not yet been formally charged.

On Monday, more than 200 people, many of them teenagers, gathered at a Jeannette church for Mangan’s funeral.