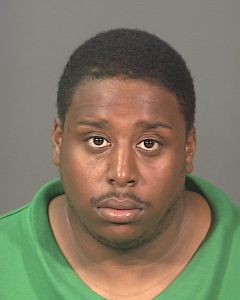 He first struck the morning of Jan. 26 at Saint Luke’s Hospital on Amsterdam Avenue in Manhattan, police said. There, he stole a 61-year-old man’s credit card and debit card.

Then at noon on April 24, he entered Mount Sinai Hospital on Fifth Avenue in Manhattan and snuck into a 35-year-old man’s room where he snatched a credit card and gold ring, police said.

His most recent theft occurred about 2 p.m. May 1 at Lutheran Medical, located on 55th Street in Brooklyn. He stole a 78-year-old man’s tablet from the victim’s hospital room, police said.

Police on Thursday released photos of the culprit, described as a black male weighing between 200 and 300 pounds. Three of the photos are from surveillance cameras and a fourth appears to be a mugshot, possibly from a prior encounter with law enforcement. The man’s identity was not released.