SOUTH OZONE PARK, Queens — A man accused of going on a deadly stabbing and hit-and-run rampage over a parking spot in Queens was arrested after being spotted at a hospital by one of his victims, police sources said Monday.

Adrian Harry, 22, faces charges of murder, two counts of assault, six counts of reckless endangerment and four counts of criminal possession of a weapon, according to police.

He is accused stabbing two people in the torso then getting in his vehicle, and using it to slam into a group of people who had gathered during the dispute, which allegedly occured over a parking spot outside XS Hookah Lounge at 127th and Liberty Avenue around 4:30 a.m. Sunday.

Harry does not have a criminal history, records show.

Richardo Chattergoon, 23, was killed as a result of the dispute, according to police.

Six others were injured, including a 29-year-old man who is in critical condition with head trauma, police said.

Witnesses to the deadly incident told PIX11 they were in shock and disbelief that the mayhem allegedly occurred over a parking space.

Harry was arrested after arriving at a hospital for treatment of minor injuries, and being spotted by one of the victims, police sources said.

Video of Harry’s arrest shows him being led away in handcuffs and hospital scrubs. 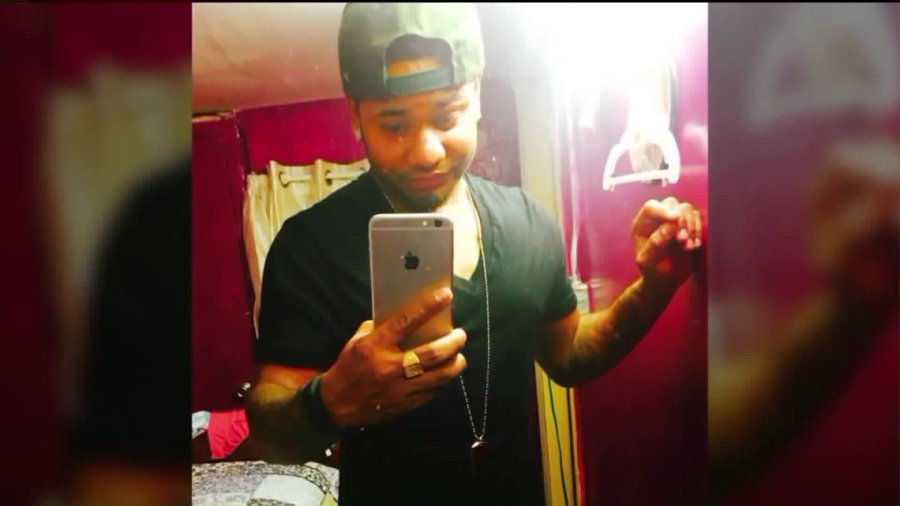