RICHMOND, Va. —A Virginia state trooper has died in the line of duty after being shot at a Greyhound bus station in Richmond, Virginia Thursday afternoon.

The shooting happened just before 3 p.m.

Officials say the trooper encountered the suspect standing inside the station. The suspect then drew a gun and shot the trooper.

“I had my hand on the door handle when I heard two gunshots go off. I didn’t think they were gunshots, but then there were like five, maybe 10 more after that,” witness Brendan Hamilton told CNN affiliate WWBT. “I ran out of there. I saw people coming out the front door, the side door, the door to the restaurant, and so I just bailed as fast as I could.” 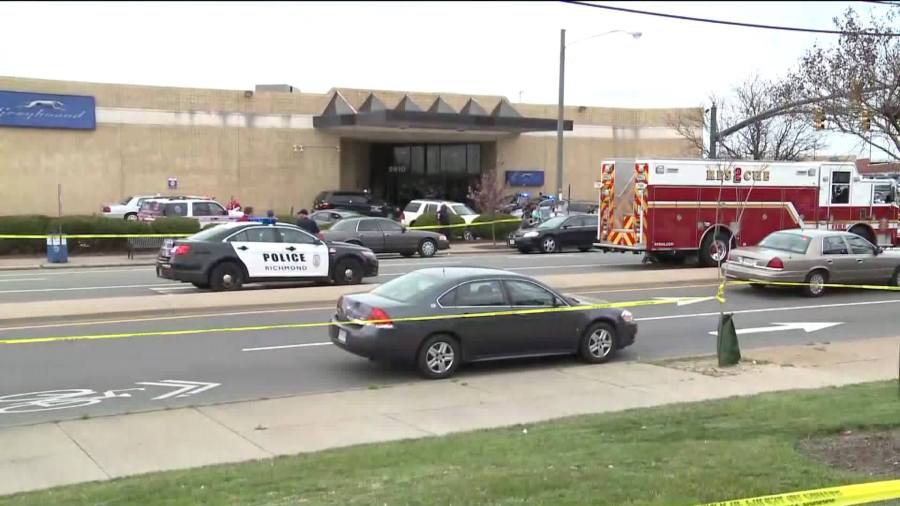 The trooper was rushed to an area hospital where he succumbed to his injuries.

The trooper killed has been identified as Chad Dermyer, 37. Dermyer is survived by his wife and two children, Col. W. Steven Flaherty with the Virginia State Police told reporters. A native of Michigan, Dermyer had served in the Marine Corps. He’d recently transferred to the counterterrorism and criminal interdiction unit, Flaherty said. Two other people, civilians, were transported to a hospital for treatment. Their injuries are not believed to be life-threatening.

A spokesperson for the Virginia State Police said the shooting suspect is dead.

Authorities say they have identified the suspect but are waiting to release his name pending family notification.

Officials have not found evidence of the suspect being “wanted” by authorities. The motive for the shooting is unknown at this time.