STATEN ISLAND — A woman who was injured when shot by police in Staten Island Sunday afternoon had committed a series of crimes over the weekend leading up to her arrest, according to the NYPD.

Police said Lori Gjenashaj, 41, began showing aggression Saturday night after she choked a 39-year-old woman at a school. She was charged with criminal obstruction of breathing.

On Sunday, cops said Gjenashaj first showed up to her mother-in-law’s home on Sunnyside Avenue home with a gun. She then drove to a former friend’s home and smashed through the door with a brick, according to police. Gjenashaj reportedly fired her gun but did not harm anyone. Her former friend was not home, but her son was. He was able to escape and call police.

Gjenashaj fled and police caught up with her near Highland and Howard avenues.

There, officers said she pulled out a gun. Officers fired off five shots, striking Gjenashaj once in the shoulder.

Police said Gjenashaj was treated at a hospital and charged with burglary, acting in a manner injurious to a child less than 17, menacing, aggravated harassment and criminal mischief. 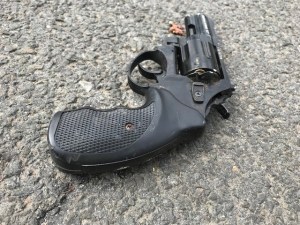 NYC kids can get vaccine next week, upon CDC approval: de Blasio

NEW YORK — Mayor Bill de Blasio announced on Thursday that the city would be ready to begin vaccinating New York City children next week, within hours of final approval.

According to the mayor, kids ages 5 to 11 in New York City will be able to get their first COVID vaccine dose at city-run vaccination sites within 24 hours of approval by the Centers for Disease Control and Prevention.

When can I enroll in Affordable Care Act benefits?

(NEXSTAR) – Those without health insurance or who want to look into other options will be able to enroll in plans offered through HealthCare.gov beginning next week. Marketplace Open Enrollment will run from Nov. 1 through Jan. 15.

According to the Department of Health and Human Services, this year, four out of five people will be able to find health care coverage for $10 or less per month with extra savings made available under the American Rescue Plan.

Why is everyone hiring and no one getting hired?

FORT WAYNE, Ind. (WANE) — Companies across the country are desperate to hire, and yet some workers still can't seem to find a job.

"I think there isn't an employee shortage, I think there is a process and a system which are in place that disqualify people," said Lisa Mungovan, owner of Mungovan HR Consulting, LLC.

$10K worth of handbags stolen from Manhattan Christian Louboutin

Is it OK to go trick-or-treating during the pandemic?

Plasticizer found in food from McDonald's, Domino's, others

Woman gets life sentence for helping husband plan killings of his estranged pregnant wife, others

Cocaine in lunchboxes smuggled from Puerto Rico to New York