DALLAS (PIX11/AP) — Health officials say a health care worker at Texas Health Presbyterian Hospital who provided care for the Ebola patient hospitalized there has tested positive for Ebola in a preliminary test.

The patient, who has been identified by CNN as a female nurse, was wearing protective gear and following Centers for Disease Control protective measures, Dr. Daniel Varga said at a Sunday morning press conference.  The health care worker has been self-monitoring at home for two days and has not returned to work.

A statement posted on the Texas Department of State Health Service’s website Sunday says “confirmatory testing will be conducted by the Centers for Disease Control and Prevention in Atlanta.” 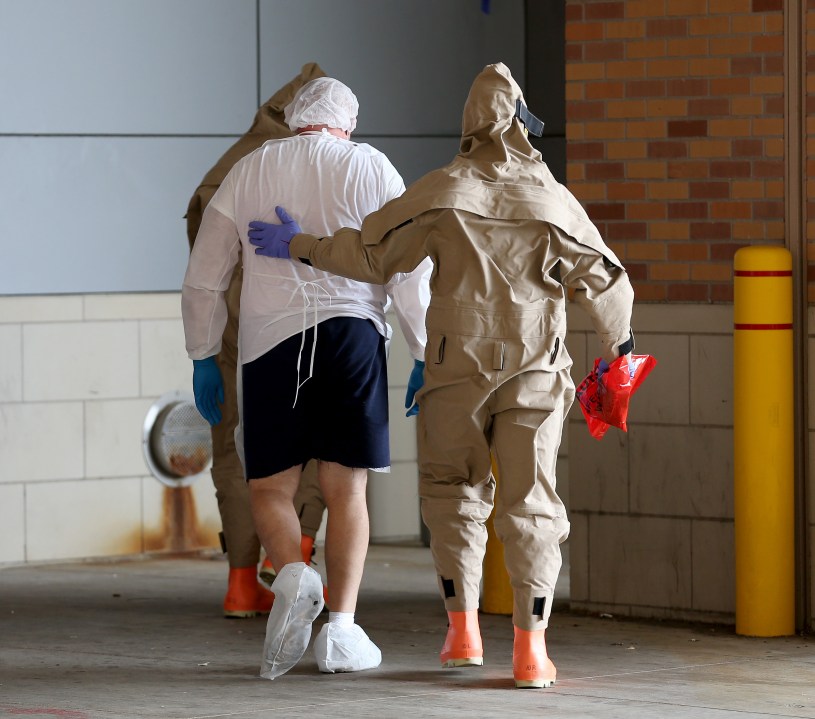 Dr. David Lakey, commissioner of the Texas Department of State Health Services, says officials have “been preparing for this possibility.”

Health officials have interviewed the patient and are identifying any contacts or potential exposures.

Thomas Eric Duncan, the first person diagnosed with Ebola in the U.S., died Wednesday in Dallas.  Varga confirmed that the health care worker helped treat Duncan during his second trip to the hospital.

News Closeup: Is the U.S. doing enough to prevent an Ebola outbreak?

Newark among 5 US airports to begin Ebola screening