We’re settling into the bitterly cold night after most of the area received 1 to 3 inches of wind driven snow Saturday night; 3 to 6 inches over eastern L.I.

Now, the tri-state area could face some of the coldest air since the mid 1990s. If the temperature drops below 0 in Central Park Monday morning, it would be the coldest low since 1994. The record low for Feb. 16 was set in 1888 when the thermometer read a mere 1 degree. 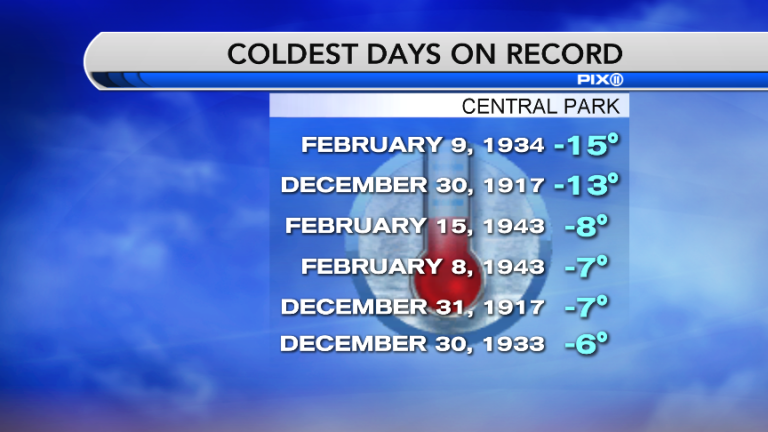 The Wind Advisory has expired but it will remain quite strong through much of the night. Winds of 10 to 20 mph and gusts up to 40 mph will result in dangerously low wind chills. This could lead to hypothermia if not properly layered up and frostbite in 20 minutes or less on exposed skin.

Plunging temperatures that could cause frostbite or, in more extreme cases, hypothermia have spurred a Code Blue activation in New York City, meaning the department of housing will increase its street patrols looking for homeless men, women and children and offering them a ride to a nearby shelter.

Then we face the possibility of additional snow Monday night into Tuesday. Another storm is currently developing around Texas and will be traveling through the southern states over the next 48 to 60 hours. It will bring snow to many areas in the south and over towards the mid Atlantic states. In fact Winter Storm Watches are already issued through DC and up to Philadelphia and into central N.J. A new Watch may be issued for the NYC area as well. We’ll be tracking the storm to see what kind of an impact it may have on our area.

Right now, the timing looks to be Monday night into Tuesday and based on current data, it could easily be 1 to 3 inches with the possibility of 3 to 6 inches or more.

That will be followed by more frigid weather so winter is not giving up any time soon. 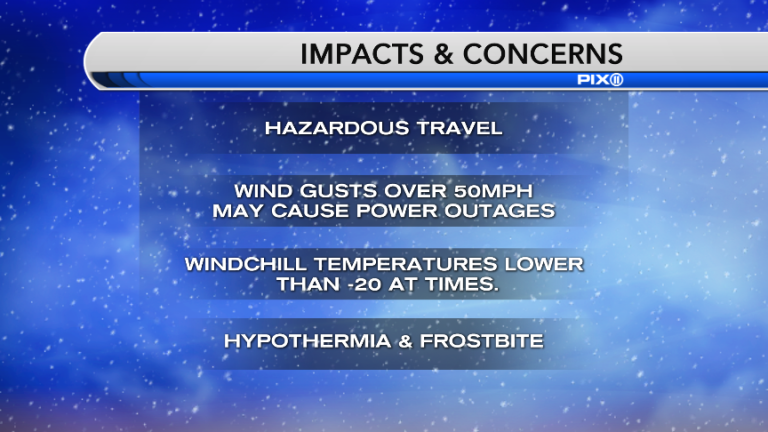 Man gets on packed train, pulls out knife: NYPD