These are just some of the personal details we learned about 32-year old Wenjian Liu, posthumuously promoted to Detective, First Grade, at his NYPD funeral Sunday—which mingled Chinese Buddhist rituals with a traditional, NYPD funeral.

Liu and his patrol car partner, Rafael Ramos, were ambushed and fatally shot by a Baltimore man on Dec. 20, 2014, as they sat having lunch in their NYPD vehicle at a street corner in Bedford-Stuyvesant.

Liu’s father, Wei Tang—who works a factory job in New York City’s garment district—emotionally eulogized his only child in his native, Taishanese dialect. His heartfelt remarks were then translated for the assembled NYPD officials, Mayor deBlasio, and the masses watching the funeral outside on Jumbotron.

“Today is the saddest day of my life,” 63-year old Wei Tang Liu began, “My only son was taken away from me.”

The late detective’s father quoted the philosophy of Confucius, which talks about the importance of respect, obedience, and care …. care for the elderly, care for parents.

“When I was sick, he took me to the doctor,” Wei Tang Liu recounted. “After he finished his shift, he came to the garment factory and helped me finish work.”

Wei Tang Liu concluded, “Weijian, you are the best son. The best husband.”

“He was my soul mate,” Chen said of her husband of less than three months. “He respected his parents as well as me. He would always make time for me. I was his number one fan.”

The late officer’s devotion to his parents and young wife were constantly talked about: his decision to buy a home in Gravesend, Brooklyn with his parents and pay the mortgage with them .. the inclusion of Liu’s parents on his September honeymoon. 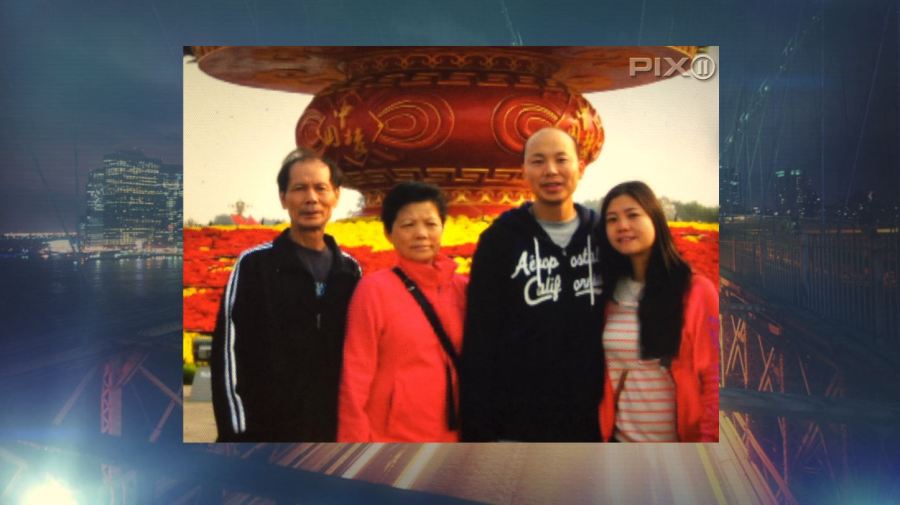 Mayor Bill deBlasio, who is struggling to repair relations with the NYPD rank and file, also put a human face on Detective Liu by talking about Liu’s love of fishing, his kindness to a combat veteran who was down and out, and the way Liu was always “lifting people up, wrapping them in kindness.”

“New York City stands a little taller today, because he walked among us,” Mayor deBlasio said of Liu.

The officer emigrated to New York City on Christmas Eve 1994. He graduated from Lafayette High School in Brooklyn and took accounting courses at Kingsborough Community College, along with the College of Staten Island.

He was inspired to join the NYPD after the terrorist attacks of 9/11.

Liu served as an auxiliary cop, before graduating from the NYPD police academy seven years ago.

Some of Liu’s relatives flew 8,000 miles from the Guangzhou province in southern China to attend his funeral.

Former NYPD deputy commissioner, Hugh Mo—who is from central China—pointed out that Liu’s ancestors were some of the first sojourners out of China in the mid-1800’s, who came to the United States.

The Taishanese people “helped build the transcontinental railroad in the U.S,” Hugh Mo noted, “and settled in many Chinatowns across America.

Wenjian Liu ultimately achieved the American dream for his immigrant family—by getting a respected, law enforcement job and a house with his parents. His loss will be felt profoundly by a mother and father who lost their only child, a good son.

Liu’s widow clutched a photo of her slain husband, as the final tributes were played outside the funeral home.

Earlier, Commissioner Bill Bratton had asked the assembled crowd, “Why do we always lose the good ones?” 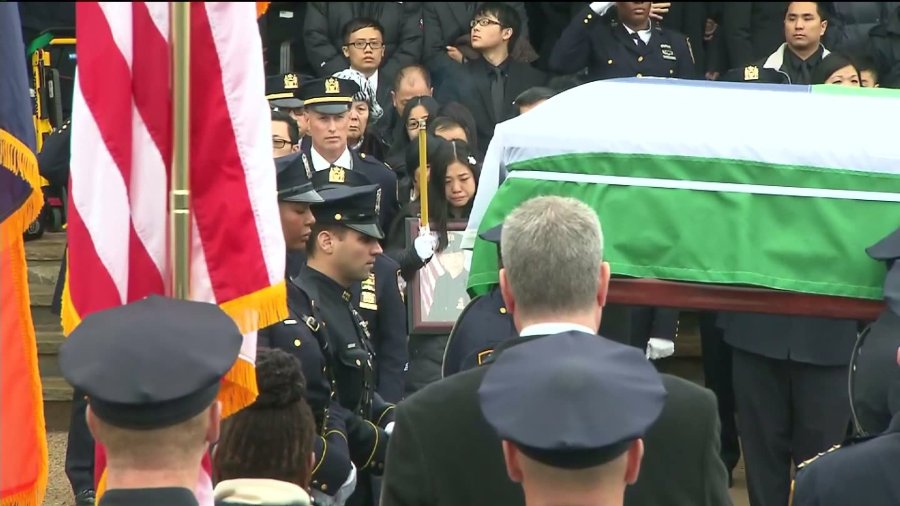 Wenjian Liu’s widow stands behind his casket during the funeral of the slain officer.

ALBANY, N.Y. (NEWS10)- The focus of COVID-19 is moving more towards long-term management, which means putting more emphasis on the number of hospitalizations and deaths, as opposed to the number of cases. Regardless, the number of flu cases in New York hasn't come anywhere close to the number of COVID cases.

NEWS10 looked at the number of flu and COVID cases reported weekly by the New York State Department of Health (DOH) from the week ending Nov. 6 to the week ending Jan. 15. A total of 1,970,199 cases of COVID were reported to the DOH compared to 37,700 cases of flu. Taking into consideration the availability of home tests, the actual number of COVID cases could have been higher.

NEW YORK (AP) — New York Mayor Eric Adams has backed off plans for a $210,000-a-year, city-paid security job for his brother. Bernard Adams will now volunteer instead as an advisor.

The mayor's office confirmed the change Thursday, after the city Conflicts of Interest Board granted a waiver for Bernard Adams to serve as “senior advisor for mayoral security.”

The former Republican vice presidential nominee’s restaurant-going over the weekend drew attention because of her stance on vaccination. After testing positive Monday, she dined Wednesday in an upscale Manhattan eatery's heated outdoor structure, where vaccination isn't required.

How is a new Supreme Court justice chosen?