EAST HARLEM — A police officer has died after being shot in the head while trying to make an arrest in East Harlem, NYPD Commissioner Bill Bratton confirms. 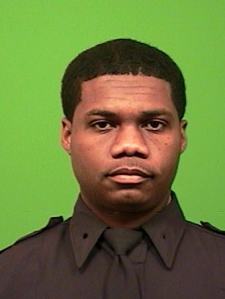 Randolph Holder, 33, was taken to Harlem Hospital Center where he was pronounced dead at 10:22 p.m. Tuesday. He is the fourth officer killed in New York City in the last 11 months.

“Tonight, he did what every other officer in the NYPD does, when the call comes he ran toward danger,” Bratton said at an early Wednesday press conference at Harlem Hospital. “It was the last time he could respond to the call.”

Officer Holder and his PBA partners were responding to a call of shots fired in the vicinity of E 102nd Street and 1st Avenue around 8:30 p.m. Tuesday.

Witnesses reported seeing suspects along the footpath heading north on the FDR Drive, adjacent to the Harlem River, according to Bratton. Responding officers were informed by a victim who had his bike stolen after one of the individuals held him up at gunpoint, Bratton said.

Officers spotted one of the suspects heading northbound on the bike on East 120th Street along the FDR Drive on the pedestrian overpass.

There was an exchange of gunfire between the suspect and two other officers when one of the bullets hit Holder in the head.

The gunman attempted to flee but was apprehended at East 124th Street on the FDR Drive. He had a gunshot wound to the leg and was taken to  Weill-Cornell Medical Center. He is expected to be released to police custody Wednesday morning.

The others were found on East 111th Street and were taken in for questioning.

Holder, who was born in Guyana, was appointed into the NYPD in 2010, becoming the third-generation officer in his family. He became an officer shortly after coming to New York.

“This whole city is in mourning,” Mayor Bill de Blasio said. “Mourning a man who gave his life as a guardian for us.”

“He was an immigrant who wanted to give back to his city and his country, who had an exemplary record as a police officer and did everything the right way,” de Blasio said.

Residents of Wagner Houses described what they heard and saw. One resident said he heard two shots as he was walking home from school. Another said she heard 10 to 12 shots.

“I saw people running from the street,” that second resident said.

The FDR was closed in both directions between 96th Street and RFK Triboro Bridge and is expected to remain shuttered for hours. Drivers are warned to expect extensive delays and advised to use alternate routes. 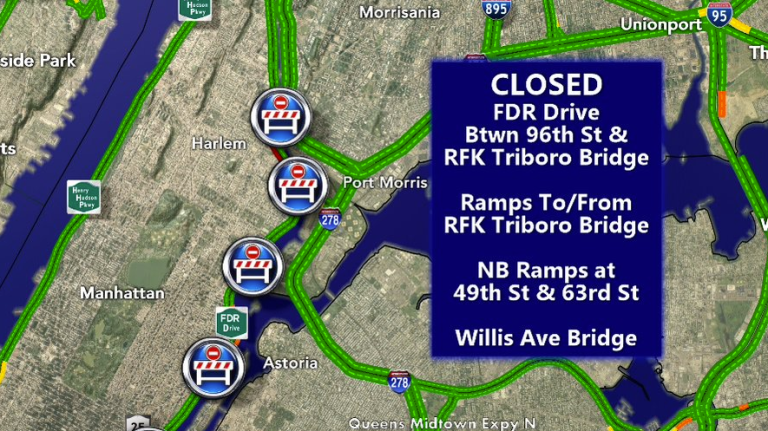 Tuesday’s shooting is the fourth time this year that an NYPD officer was killed in the line of duty.

In May, NYPD Detective Brian Moore was shot and killed in the line of duty in Queens Village. Moore and a fellow officer approached a man for questioning when he allegedly opened fire. Detective Rafael Ramos and Detective Wenjian Liu were fatally shot inside their police cruiser in Brooklyn in December.

Global Citizen Festival: A concert with a cause in …

First fall weekend in NY, NJ kicks off with cool …

Moose on the Loose: Can Barkley help the Giants go …

What you need to know about new COVID boosters