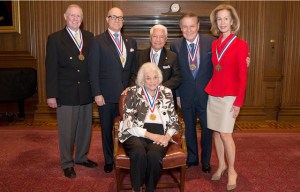 Our Marvin Scott, who has been the official voice of the Ellis Island Medal of Honor for more than 20 years, was at the U.S. Supreme Court in Washington Thursday to take part in the presentation of the coveted medal to retired Associate Supreme Court Justice Sandra Day O’Connor, the first woman to serve on the nation’s highest court. 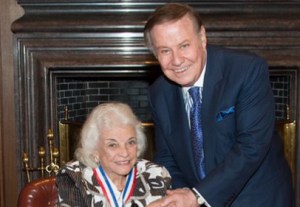 Six American presidents are among past recipients of the award. Scott described O’Connor as dynamic as she is charming.  Tamsen Fadal will co-host the Medal of Honor awards ceremony with Marvin on Ellis Island next month.

NEW YORK --- Some New York City officials this week called on Mayor Bill de Blasio to retighten COVID-19 restrictions as the delta variant spurs an uptick in cases in the five boroughs.

De Blasio, however, said he would hold off on reinstating an indoor mask mandate as COVID-19 hospitalizations in the city remain relatively low.

According to police, the suspect approached the 68-year-old victim while riding a Citi Bike near the corner of Pitkin Avenue and Barbey Street in East New York around 9:05 a.m.

LeVar Burton says ‘Jeopardy!’ tapings got off to rough start: ‘Can’t let your focus drop for a nanosecond’

(NEXSTAR) – LeVar Burton’s interest in becoming the permanent host of “Jeopardy!” hasn’t waned despite a “scary” experience during filming.

Burton, whose tapings begin to air on Monday, told the Associated Press that his experience as guest host started off a bit shakier than he had hoped, mostly because he needed to adjust to the pacing of the show.

Too much coffee can cause your brain to shrink, raise risk of dementia by 53 percent, study finds

Man wanted in connection with pair of Bronx robberies: NYPD