MILWAUKEE (PIX11) – The man suspected of gunning down the driver who struck a toddler with his car in a Milwaukee neighborhood, killed himself Thursday after U.S. Marshals tracked him to a motel in Chicago, police confirmed.

Investigators secured a warrant Wednesday night after tracking Chiles to Chicago’s Presidential Inn where he was apparently holed up with his girlfriend.  When U.S. marshals and local police entered his room Thursday morning, Chiles fatally shot himself.

“This is a sad example of what we get when we have folks who decide to use their guns to address grievances,” said Milwaukee Police Chief Ed Flynn. 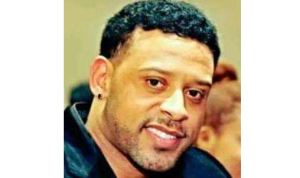 Archie Brown, 40, was shot and killed after he allegedly fatally struck a 2-year-old boy in Wisconsin, an act for which he seemed “distraught.” (Photo: WITI)

On Sunday, Milwaukee businessman Archi Brown was driving northbound on N. 48th Street through a residential Milwaukee neighborhood when he fatally struck Damani Terry after the 2-year-old ran into the road.  Witnesses described Brown as “distraught” and “trying to do the right thing” immediately after he realized what had happened.  Brown was trying to get help for the boy, who died at the scene, when he was approached by Chiles, Terry’s uncle.  One witness said Chiles walked up to him and told Brown that he had “just signed his death certificate” before shooting him in the face, a witness told police.

Chiles is also suspected of shooting another boy at the scene, 15-year-old Rasheed Chiles, but it’s unclear if it was intentional.

As a convicted felon, Ricky Chiles should never have been in possession of a gun at the time of the traffic accident, according to WITI.