NEW YORK — Pharmaceutical CEO Martin Shkreli, widely pilloried for jacking up the price of a drug used to treat AIDS patients, has been indicted on criminal charges that he bilked a company out of millions of dollars and used money from one company to pay off debts from previous losses for investigators.

The accusations do not relate to Turing Pharmaceuticals, the company that raised the price of Daraprim by more than 5,000 percent.

Instead, the federal case centers on his time as CEO of Retrophin, another biotech company that ousted him last year. The indictment, brought by prosecutors in Brooklyn, was unsealed Thursday. 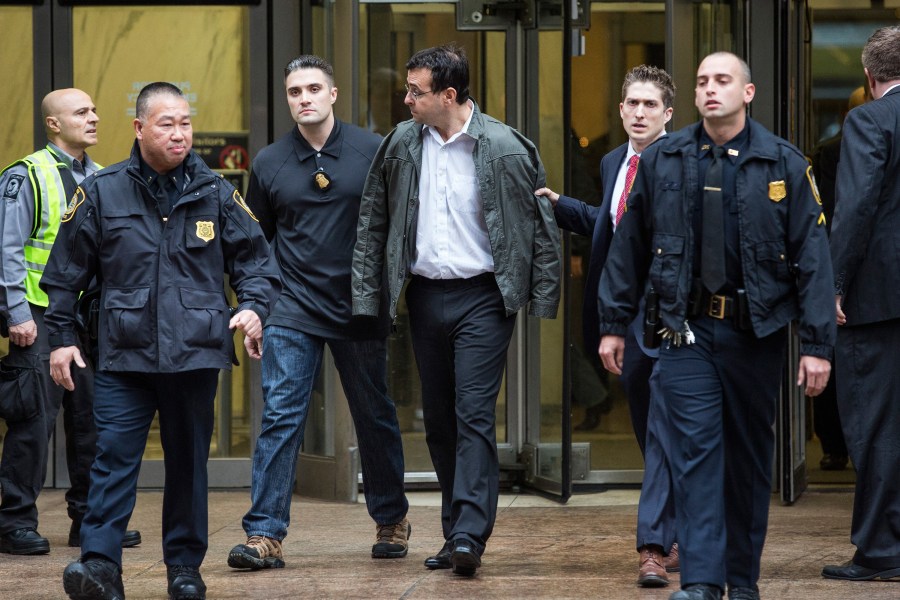 Shkreli and an alleged co-conspirator, an attorney who worked with him at Retrophin, face securities fraud and conspiracy charges alleging that they improperly channeled millions in cash and Retrophin stock through sham consulting agreements.

According to prosecutors, the money and stock went to satisfy claims from investors in hedge funds that Shkreli previously bilked.

Retrophin has since sued Shkreli in federal court, seeking $65 million from him, accusing him of misusing the company’s cash and stock. He has denied those charges.

The FBI arrested the 32-year-old Shkreli on Thursday morning in New York. He faces a maximum of 20 years in prison if convicted.

An attorney who represented Shkreli in a previous civil lawsuit did not return calls seeking comment. A call to Shkreli’s office line went unanswered.

Turing, which Shkreli started after leaving Retrophin, is privately held.

Shares of KaloBios soared 400 percent on the day after the takeover news. But they plunged 50 percent Thursday before trading was halted.

Shkreli has been the focus of widespread criticism in the media, which dubbed him “the most hated man in America,” as well as by politicians. He defiantly defended the price increase in interviews and frequent tweets.

Democratic presidential candidate Bernie Sanders called him a “poster child of greed,” and refused to keep a $2,700 contribution Shkreli made to his campaign. Sanders gave the money to a community health center.

Rainy Monday set to give way to hot, sunny week