LOWER MANHATTAN — Small Arab children playing in the streets, Syrian men in business suits taking a break and smoking out of a hookah.

Glancing at such images, you may think you’re looking back on old photographs taken in the Middle East. But instead these are images of Muslim Americans, most of Arab descent, right in lower Manhattan in an area once known as Little Syria.

Todd Fine, President of the Washington Street Historical Society, researched the neighborhood for nearly 10 years with several other historians. Only three buildings belonging to that old neighborhood still exists, an old Syrian church now a bar, an apartment building and a former Syrian community center.

Fine says his interest in the community grew from the literary history of the area. Famous Arab writers, like Kahlil Gibran, most well known for his book “The Prophet” is from Little Syria and was a writer for the New York Pen League, an Arab American literary society.

Fine says his group found an issue of the New York Sun and a headline from the Feb. 25, 1912 edition of the reading “Mohammedans Now Have A Place of Worship Here.” It became a monumental discovery.

“It was very gratifying. This area of the lower west side of lower Manhattan near battery park is probably one of the most diverse places in the United States history, because this is where many immigrants would go right after they got off the boat from Ellis island. We never had proof that we had something like a mosque and that there were enough Muslims to have a mosque,” explained Fine.

Fine said the article indicates there were prayer rooms and wash rooms typical of any mosque. It could hold 75 to 100 Muslim worshippers, but on holidays would overflow with hundreds more.

Even a photograph of the Imam, Imam Muhammed Ali, with several ottoman students studying at Columbia University was uncovered. 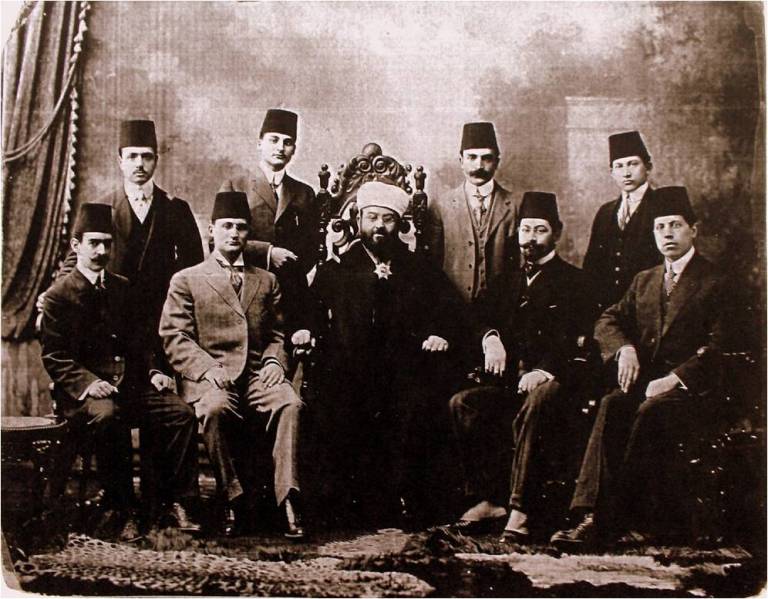 Today, you would never know it. Instead of a mosque sits a Dunkin Donuts and law offices.

The previous community no longer exists. Fine says many were pushed out thanks to large development and the construction of the Battery Tunnel. Historians believe the mosque shut down sometime in the 1950s.

Despite the changing landscape, Fine and his fellow historians feel this history is an important one, especially today as so many Muslim Americans and their communities feeling as though they are under attack. Many say they feel the backlash thanks to negative rhetoric from the campaign trail and recent terror attacks.

“I think many people think Muslims are something new in this country that are mysterious and threatening and they don’t have an image of Muslims being similar to their families,” said Fine.

Early New York Muslims were Syrian, Turkish, Lebanese. Fine says some were even traced back to the days of slavery. They worked as peddlers, shopkeepers, some were in the import export business. Many Syrian Americans worked on Rector street making lace and lingerie, a craft the Syrians were known for, according to Fine.

On Washington Street, the Washington Street Historical Society adopted a small park. There, visitors will notice bench plaques inscribed with the names of various Syrian and Lebanese Americans who worked and lived in Little Syria.

“I think in our politics we often see Muslims as caricatures or as some foreign influence, but Muslims have been here through the founding of the republic,” said Fine.

Rain and blustery winds; temps dip in the upcoming …

When will flu and RSV peak?

‘The joy and the magic’ of Dyker Heights lights

Places where you can smoke weed in NY