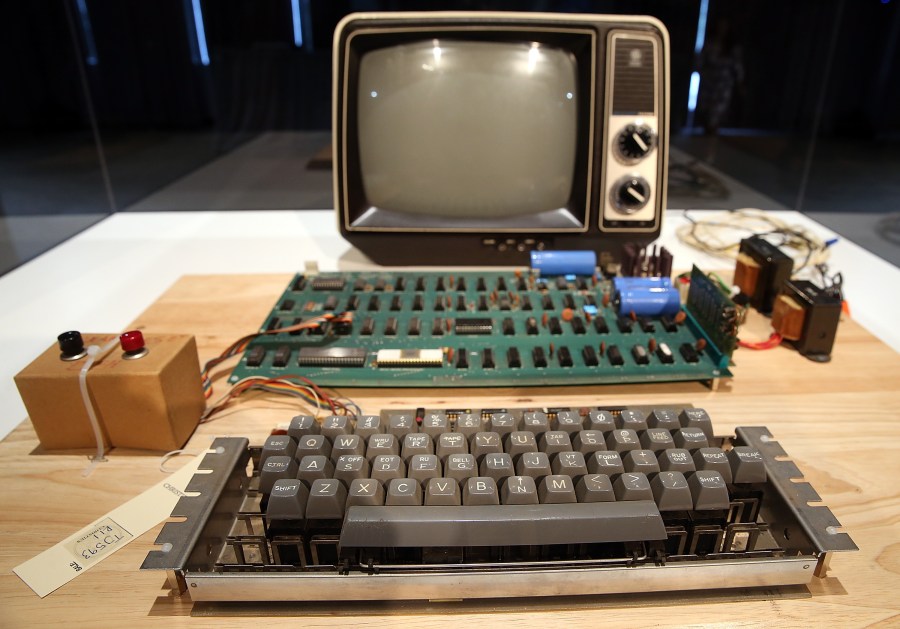 MILPITAS, Calif. (PIX11) — A California recycling company is searching for a woman who dropped off a box of electronics that included a rare Apple 1 computer so they can write her a $100,000 check.

In April, the woman dropped off old electronics to Clean Bay Area after de-cluttering her home following her husband’s death, Mercury News in San Jose reported. Employees found the vintage Apple 1 and sold it to a private company for $200,000. The firm wants to split the proceeds with the mystery woman, but she refused to leave her name or get a receipt after coming in on a Friday right before closing time.

The Apple 1 was put together by Steve Jobs, Steve Wozniak and Ron Wayne in 1976. It was originally sold for $666.66 each, The Guardian reported. Only 200 were manufactured.

The company didn’t immediately discover the treasure because of the backup of donations it had yet to filter through.

“We thought it was fake,” said Vice President Victor Gichun told the Mercury News. “It was real.”

Gichun told said he remembers the woman and that she was driving an SUV but declined to provide any more personal details. He said in the future he’ll be more insistent with getting the donors’ names.

All the woman needs to do to get her check is show up at the company’s warehouse.