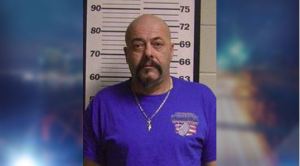 MOREHEAD CITY, N.C. (PIX11) — A reality show star was arrested in North Carolina after police say he pulled a woman’s ponytail in a “flirtatious manner.”

David Carmen Marciano, 49, of Massachusetts, the star of a reality show based on the life of tuna fishermen, was charged with assault on a female.

According to Carteret County Times-News, police received a report about 1:35 p.m. Tuesday that Marciano had pulled the ponytail of a hotel clerk early Monday morning.

The clerk told police that Marciano appeared to be intoxicated.

He was arrested and taken to the magistrate’s office where he was released on a written promise to appear in court.