SUFFERN, N.Y. — A police officer driving to work clipped another vehicle before careening into two teenagers, killing one and critically injuring the other, in Suffern, police said Thursday.

A vehicle crashed off an embankment in Suffern on Sept. 8, 2016. (Gary Marks)

Marcos Tawil, 17, was killed and 19-year-old  David Maldanado is in critical condition following the chain-reaction crash, according to the Ramapo Police Department.

The teens were standing in the driveway of a dorm at the school Yeshivat Tiferet Torah around 11:50 p.m. Wednesday when they were struck, police said.

A 2008 Honda, driven by 19-year-old Tzvi Hakakian of Monsey, was slowing down on the roadway, and negotiating a left into the driveway when it was struck by a Lexus, police said.

An off-duty officer on his way to work attempted to maneuver around the Honda by passing the car on its left side when the vehicles crashed, police said.

The officer, 24-year-old Jonathan Mosqueta, then lost control of his 2016 Lexus and continued to veer left and into the two teens before crashing down into a wooded embankment.

The surviving teen was found down that same embankment, and Tawil’s body was located on the roadway under a guardrail, police said.

“Our thoughts and prayers are with all involved in this tragic incident,” Peekskill Chief of Police Eric Johansen said in a statement.

Investigators are looking into why Mosqueta chose to pass the Honda on its left rather than its right side, police said.

It is not known if anyone will face charges in the incident and neither driver was hospitalized.

Tawil is from Argentina and was transported to Good Samaritan Hospital, where he was pronounced dead, police said.

Maldanado is being treated at Westchester Medical Center. He is believed to be from Mexico, according to grief counselor Yona Lunger, who was at the crash scene.

Correction: The article initially misstated that the grief counselor worked for Yeshivat Tiferet Torah. It has been updated with the correct information. 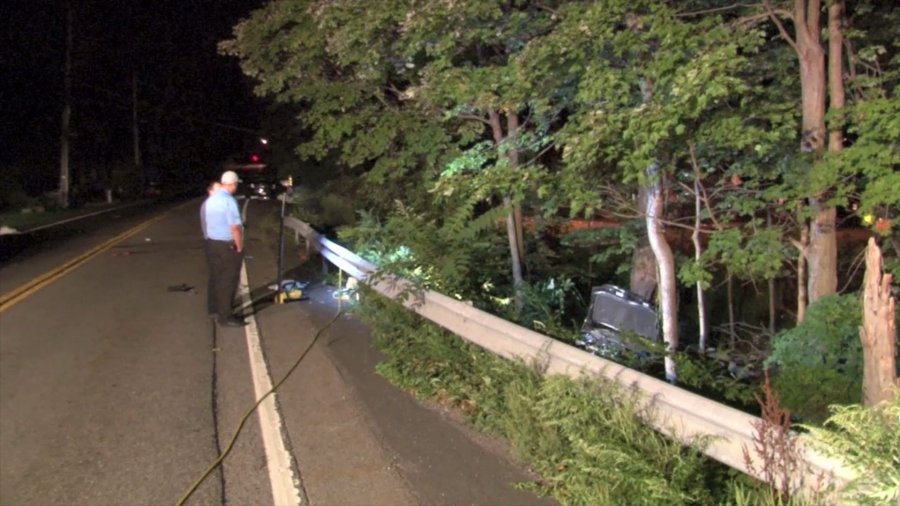 On Saturday, dozens of museums across New York and New Jersey --- along with many more museums across the country --- will participate in Museum Day.

Admission will be free. Participants can get one ticket per email address; each ticket provides general admission for two on Saturday.