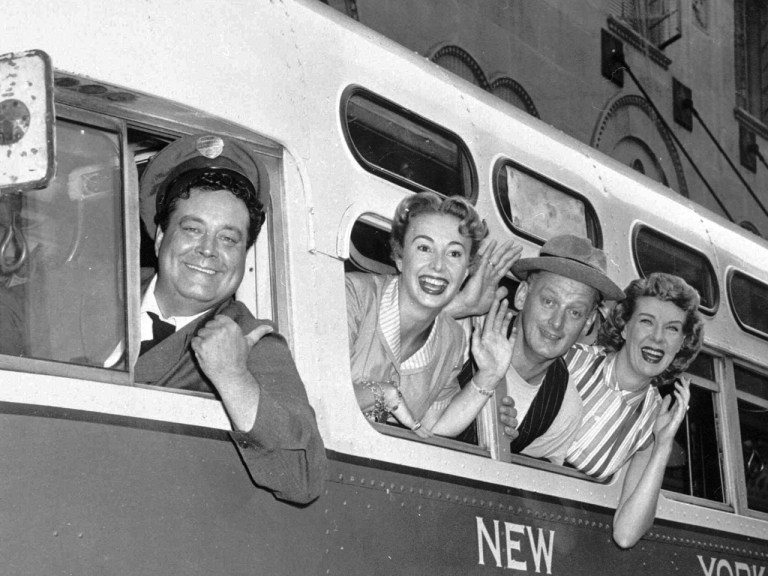 AND AWAY WE GO! On Oct. 1, 1955, at 8:30 p.m., the first episode of “The Honeymooners” premiered on CBS. That episode, “TV or Not TV,”  is considered among the best. For one amazing year, CBS aired those classic 39 episodes — “Live on Film” as the New York Times ad called it on that night — that are so beloved by generations of TV viewers.

On Thursday night, to mark the 60th anniversary on the exact night that first episode aired, “The Honeymooners” will be back on weeknights for one special evening.

We’ll be sharing video and trivia about the show on our Facebook page, WPIX Archives, so make sure you like the page and call it up while we show the episodes! Join the conversation  — we want to hear from you!

Please join us Thursday night at 11 for an hour of classic “Honeymooners” to celebrate this anniversary.

And watch the PIX11 News on Thursday for special reports on “The Honeymooners,” including an interview with Joyce Randolph, the last surviving member of the cast. 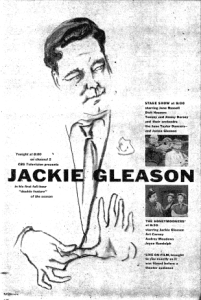 A second New York Times ad on the night of the premiere of “The Honeymooners.”

Of course, there were “Honeymooners” sketches in the years before and after the Classic 39 first aired, but it’s the first episode of the sitcom itself that we are celebrating Thursday night. 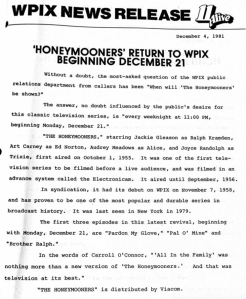