TEANECK, N.J.— An overturned tractor-trailer on the New Jersey Turnpike has caused northbound lanes to close in the area, according to local police.

A crash involving the truck and three other vehicles near exit 70 at Degraw Avenue, bordering Teaneck and Ridgefield Park, caused the tractor-trailer to overturn and catch fire, police said around 5:15 a.m.

The truck driver was uninjured, officials at the scene said.

The truck fire was out by 6:15 a.m., but it appeared charred and was blocking all lanes, Air11 showed.

At one point traffic appeared backup for some 3 miles. By 7:15 a.m., lanes remained closed but traffic had started to clear. 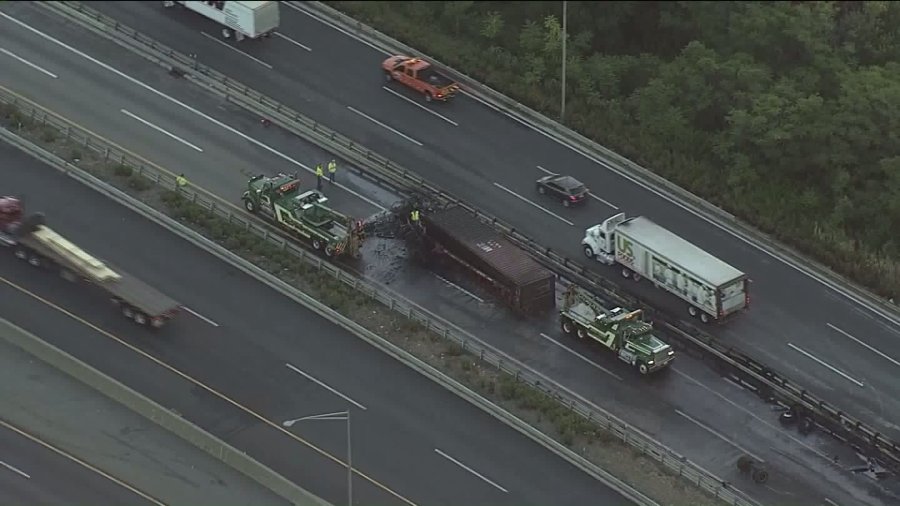 Murphy: NJ schools could ditch masks before end of year

NEW JERSEY (PIX11) — As New Jersey's COVID numbers start to slowly drop, Gov. Phil Murphy predicted Thursday that schools in the Garden State could reach a point before the end of this school year where masks are no longer required.

"I think there's a real shot of that," Murphy said confidently when asked by PIX11's Dan Mannarino if he could foresee a time this year when masks are not seen in schools.

The NYPD held a briefing to share the latest updates on the shooting. Watch in full below: