(PIX11/CNN) — Two New York police officers shot and wounded while responding to an armed robbery in the Bronx Monday night were identified as Andrew Dossi and Aliro Pellerano, according to the New York Police Department.

Dossi, 30, was in critical condition after surgery for wounds to the arm and lower back. Pellerano, 38, was in stable condition with gunshot wounds to the chest and arm, police said Tuesday.

A military veteran. Dossi has served two tours in Iraq. He has been with the NYPD for 8 years and has an 8-year-old daughter. 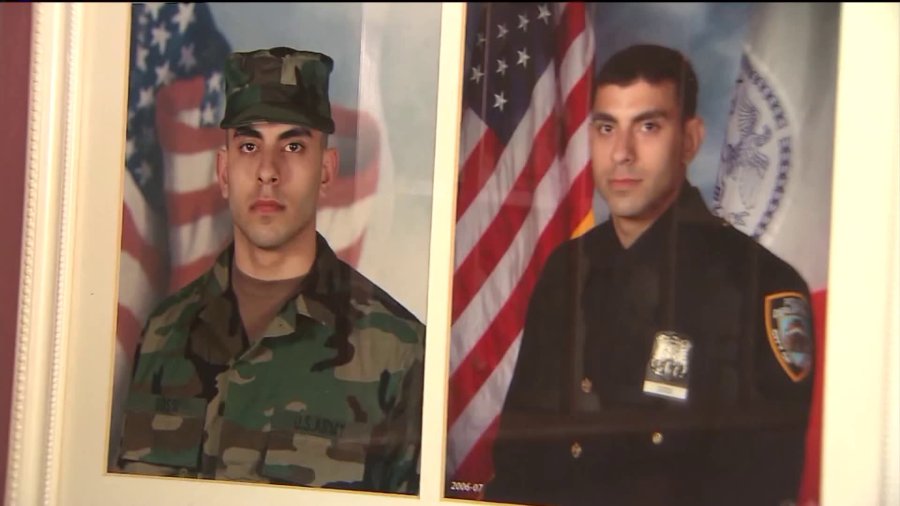 Andrew Dossi served in the military and has been with the NYPD for 8 years. He was shot in the line of duty on Jan. 5, 2015, in the Bronx. (Photo: Family)

During one visit, Bratton brought Mayor Bill de Blasio in the room. Dossi had “mixed feelings” about de Blasio’s visit, according to his father, echoing the tense relationship between the mayor and the city’s police force in the wake of a deadly ambush of two officers last month in Brooklyn.

Part of a five-person anti-crime task force, Dossi and Pellerano had finished their shift Monday night when a call came in about an armed robbery at a grocery store at 363 East 180th St., Police Commissioner William Bratton said.

In plainclothes, the officers returned to duty in search of the attackers, Mayor Bill de Blasio said, calling the move “extraordinarily brave.”

Soon after, about 10:40 p.m. near the corner of East 184th Street, the officers spotted two men who matched the description of the armed robbers , Bratton said. One of those men walked into a Chinese restaurant while the other stayed outside.

As two officers approached the man standing outside, the other man ran from the restaurant and shot at the officers, who returned fire and may have wounded one of the attackers, Bratton said. 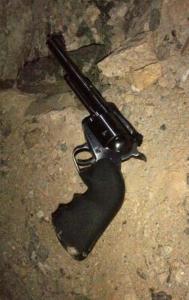 The men ran away and carjacked a white Camaro, which was found abandoned near East 188th Street and Park Avenue, Bratton said. A black revolver was found nearby.

Police released video Tuesday of one of the two men wanted in connection with the shooting. Clear and close-up, the footage shows a man with a close-cropped beard.

A $10,000 reward was posted for an arrest and conviction in the shooting, which comes little more than two weeks after detectives Wenjian Liu and Rafael Ramos were shot and killed while sitting in their patrol car in Brooklyn.