NEW YORK (PIX11) — New York City is adding two Muslim holidays to the official school calendar, becoming the largest school district in the country to do so, the mayor announced Wednesday.

Starting in the 2015-2016 school year, New York City public schools will close to recognize Eid al-Fitr and Eid al-Adha, holidays celebrated worldwide by Muslims, of which some 1 million live in the five boroughs.

Mayor Bill de Blasio called the calendar change one “that respects the diversity of our city” and that will let hundreds of thousands of Muslim families observe two of their faith’s most important holidays.

Also called the Feast of the Sacrifice, Eid al-Adha celebrates the willingness of Ibrahim (or Abraham) to sacrifice his son when God asked him to — a story also found in the Jewish Torah and the Christian Old Testament. It begins in the evening on Sept. 23 this year and ends in the evening the following day. Schools in the city will be closed Sept. 24 in observation, the mayor’s office said.

Eid al-Fitr marks the end of Ramadam, a month of fasting that marks the time in which the Quran was revealed. In 2016, it will fall during the summer and will be a designated holiday for those students and teachers attending summer school, the mayor’s office said. 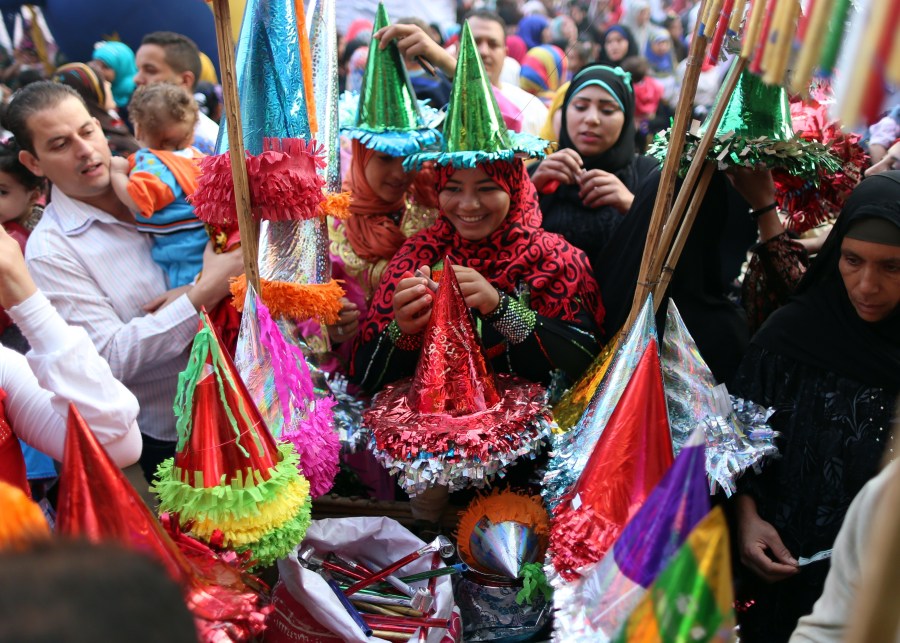 Egyptian Muslims families buy goods as they commemorate the first day of Eid al-Adha, or the Festival of Sacrifice, which marks the end of the Hajj pilgrimage to Mecca and commemorates Prophet Abraham’s readiness to sacrifice his son to show obedience to God. Starting this year, the holiday will be added to the New York City school district’s official calendar, giving students and teachers the day off. (Photo: MOHAMED EL-SHAHED/AFP/Getty Images)

Schools Chancellor Carmen Farina said the holidays were added so students would not have to choose between going to class and their religious obligations. The last time Eid al-Adha fell on an instructional day, 36 percent of students were absent at PS/IS 30 in Brooklyn, where city officials announced the change, the mayor’s office said.

“This new addition will also enable a teachable moment in the classroom for our students to learn about religious tolerance and the societal contributions of various cultures,” Farina said.

Where kids in NYC can get free meals this summer