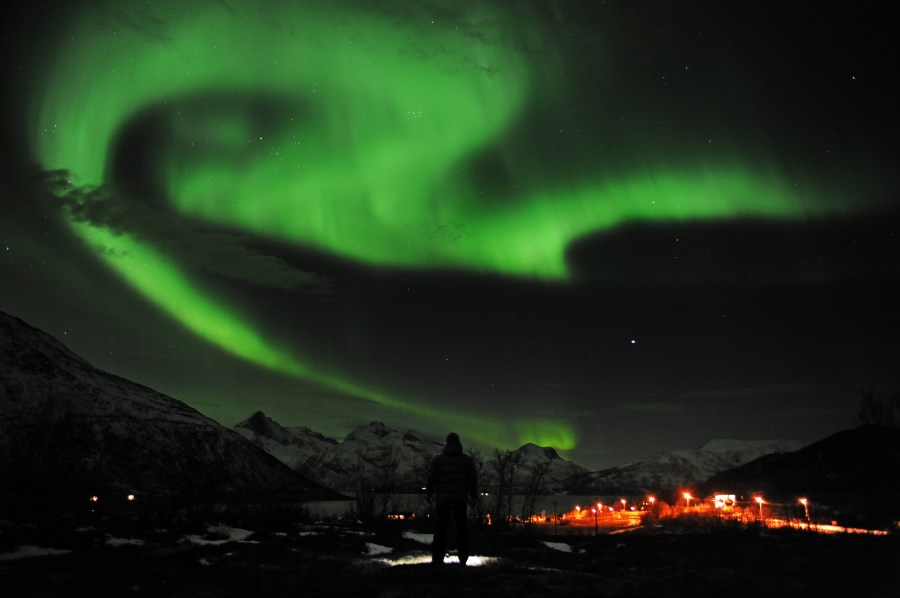 An Aurora borealis is pictured near the city of Tromsoe, northern Norway, late on Jan. 24, 2012. (Photo: Rune Stoltz Bertinussen/AFP/Getty Images)

(PIX11) – New Yorkers have a chance to see the bright glittering green of the aurora borealis this weekend thanks to powerful solar flares supercharging the atmosphere.

Radiation emitted from the sun by a coronal mass ejection, or CME, is hurtling toward Earth and is expected to arrive Friday.

We’re safe, but the excess radiation could affect power grids, radios and satellites. And create a beautiful show above for lucky skygazers.

The so-called Northern Lights may be seen as low as New York to Wisconsin to Washington state, according to the U.S. Space Weather Prediction Center.

The most intense showing is expected Friday night into Saturday morning. Skywatchers have the best chance of seeing the Northern Lights in areas far from the light pollution of big cities, and those at 55 degrees Geomagnetic Latitude.

Rain is possible during the day Saturday but if the sky clears by nightfall, there’ll be another chance to see the aurora borealis, according to the National Weather Service.

PARIS (WJZY) — After 93 years of entertaining the world alongside her sweetheart Mickey, Minnie Mouse is ditching her iconic dress and going for something more modern.

In honor of the 30th anniversary of Disneyland Paris, which falls on Women's History Month in March, the character will unveil her fresh look designed by Stella McCartney, daughter of singer-songwriter Paul McCartney.