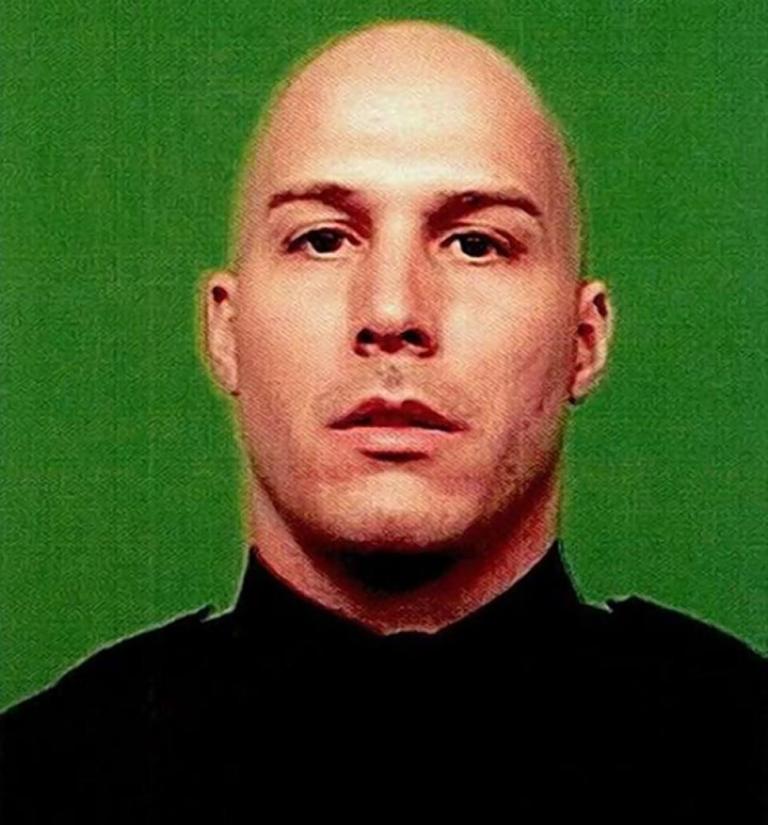 In an earlier statement, NYPD said officers tackled and detained Blake believing he was a suspect involved in an ongoing investigation regarding fraudulently purchased cell phones.

According to the New York Daily News, 38-year-old Officer James Frascatore of Long Island was the officer who is seen on the video body-slamming the tennis player outside the Grand Hyatt on 42nd Street.

“The NYPD’s Internal Affairs Bureau interviewed James Blake last night. The NYPD is releasing video footage from the September 9th incident outside of the Grand Hyatt Hotel in Manhattan. A copy of the video was provided to Mr. Blake’s attorney. The investigation is still ongoing.”

WNYC reported that Frascatore is a defendant in four ongoing civil cases that claim he and several other officers used excessive force during false arrests. He has also had five complaints against him with the Civilian Complaint Review Board.

Blake released a statement Friday evening that states: “I  know what happened to me is not uncommon.”

Just before noon on Wednesday, September 9, 2015, while I was standing on a sidewalk outside my hotel in midtown Manhattan waiting for a car to take me to the U.S. Open, a plainclothes New York City Police officer tackled me to the ground, handcuffed me, paraded me down a crowded sidewalk, and detained me for ten minutes before he and his four colleagues realized they had the wrong man.

The officer, who was apparently investigating a case of credit card fraud, did not identify himself as a member of law enforcement, ask my name, read me my rights, or in any way afford me the dignity and respect due every person who walks the streets of this country. And while I continue to believe the vast majority of our police officers are dedicated public servants who conduct themselves appropriately, I know that what happened to me is not uncommon.

When this incident was reported in the news media, Mayor de Blasio and Commissioner Bratton both called me to extend their personal apologies, and I greatly appreciate those gestures. But extending courtesy to a public figure mistreated by the police is not enough.

As I told the Commissioner, I am determined to use my voice to turn this unfortunate incident into a catalyst for change in the relationship between the police and the public they serve. For that reason, I am calling upon the City of New York to make a significant financial commitment to improving that relationship, particularly in those neighborhoods where incidents of the type I experienced occur all too frequently. The Commissioner has agreed to meet with my representatives and me to discuss our ideas in that regard, and we very much look forward to that meeting.

In 2012, Frascatore pulled over Leroy Cline in Queens for allegedly driving with a busted taillight. The man told WNYC that he rolled down his window and when he asked what he was being pulled over for, but said Frascatore ignored his question.

“That’s when he opened my car door and gave me three straight shots to my mouth,” he said.

But Frascatore tells a different story. He says Cline attacked him first. Cline’s criminal case is still pending, but has filed a lawsuit with the city.

Frascatore was later sued for an altercation in 2013 during where he and two other officers arrested Warren Diggs and held him on the ground for riding his bike on the sidewalk.

Diggs filed a complaint in August 2013 saying he suffered a concussion when cops pinned him down. Diggs was charged with pot possession and resisting arrest and his girlfriend, Nafeesah Hines, was arrested for tampering with evidence.

Their criminal case was later dismissed. Diggs claimed in his complaint that Frascatore and the other cops lied under oath about the incident.

In May 2013, Daily News reported Frascatore was one of four officers who were accused of attacking and repeatedly pepper-spraying a Queens man inside a bodega. Stefon Luckey, a 35-year-old EMT, was thrown in cuffs and was later released without charges, later sued in Brooklyn Federal Court alleging the officers submitted “false statements” about what happened “in an effort to cover up and/or conceal their unlawful conduct.”

In June 2013, Frascatore and five officers who were not identified, beat up a Queens man during an arrest without a warrant, according to a complaint filed in June 2014. Samuel Pringle told police he was hit from behind and thrown to the ground by arresting officers.

Pat Lynch, president of the the Police Benevolent Association – a union representing 35,000 cops, stands firmly behind Frascatore, who is reportedly the subject of several civil lawsuits and complaints filed with the Civilian Complaint Review Board.

“As conveyed by Mayor de Blasio and Commissioner Bratton previously, the City of New York extends deepest apologies to Mr. Blake. This incident remains under investigation to determine what contributed to the errors made, who may be held accountable, and what we can learn to prevent these mistakes from being repeated in the future. This Administration takes the mission of bringing the police and the community closer together very seriously. It is why the City has already invested nearly $29 million to retrain approximately 22,000 uniformed service members — with thousands more to be retrained in the coming months. It’s why we have invested in new technology, and developed new strategies that feature the most focused neighborhood policing efforts ever applied in a major city. And we are beginning to see results, with complaints to the CCRB down to the lowest levels in 14 years. This Administration will continue to vigorously implement these reforms that build trust and respect between police officers and the people they serve, while also keeping New York City the safest big city in America. And we both stand ready to meet with Mr. Blake to further discuss these issues and initiatives.”