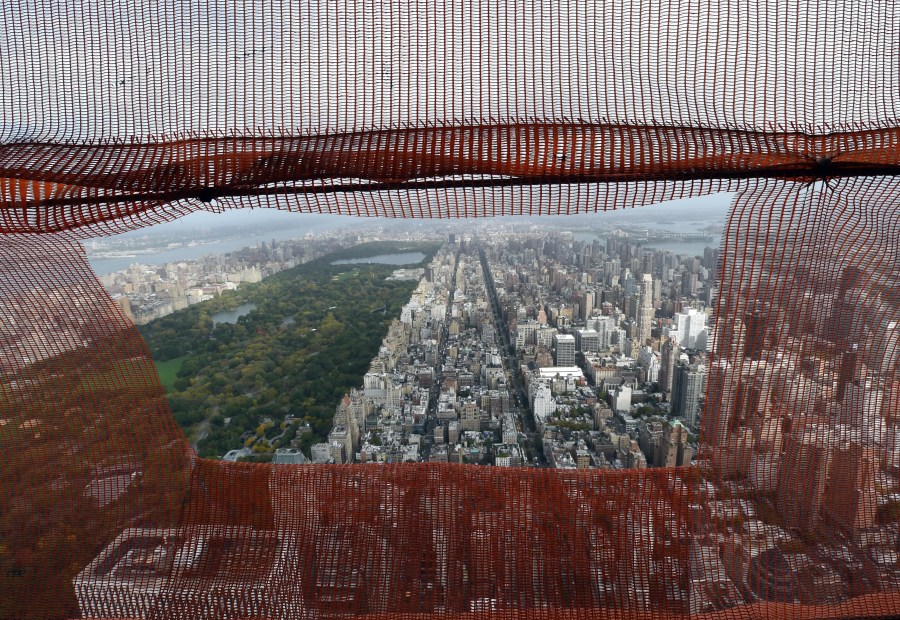 MIDTOWN (PIX11) – Work has stopped at the tallest residential building in the Western Hemisphere after neighbors of 432 Park Ave. complained of construction debris crashing onto the streets below.

The Department of Buildings ordered a work stoppage Wednesday after an 8-foot pipe fell from the 81st floor, crashing down in front of an occupied building across the street.  No injuries were reported in the incident.

The complaint is just one of dozens filed with the city.

In September, construction workers on the 80th floor were pouring concrete when the retaining wall “blew out” sending roughly “four yards” of concrete raining down on cars and property below.

In July, the site safety manager reported that a pair of wire clippers fell to the adjacent property, almost hitting a person, according to the DOB.

Aside from construction tools and materials, pedestrians have also contacted the city about the rocks and pebbles falling, presumably from the windblown heights of the upper floors.

The partially-built luxury condominium is taller than both the Empire State Building and One World Trade Center (discounting the antennas), and, at 1,396 feet, towers over its neighbors.

The construction accident on Park Ave. follows a similar incident in Times Square when two people were injured after a 10-foot-long aluminum bracket fell from a Broadway billboard that was roughly 10 stories above the ground.

In early November, a man died after being struck in the head by a tape measure that plummeted 50 stories after falling out of the belt of a construction worker’s belt in New Jersey.