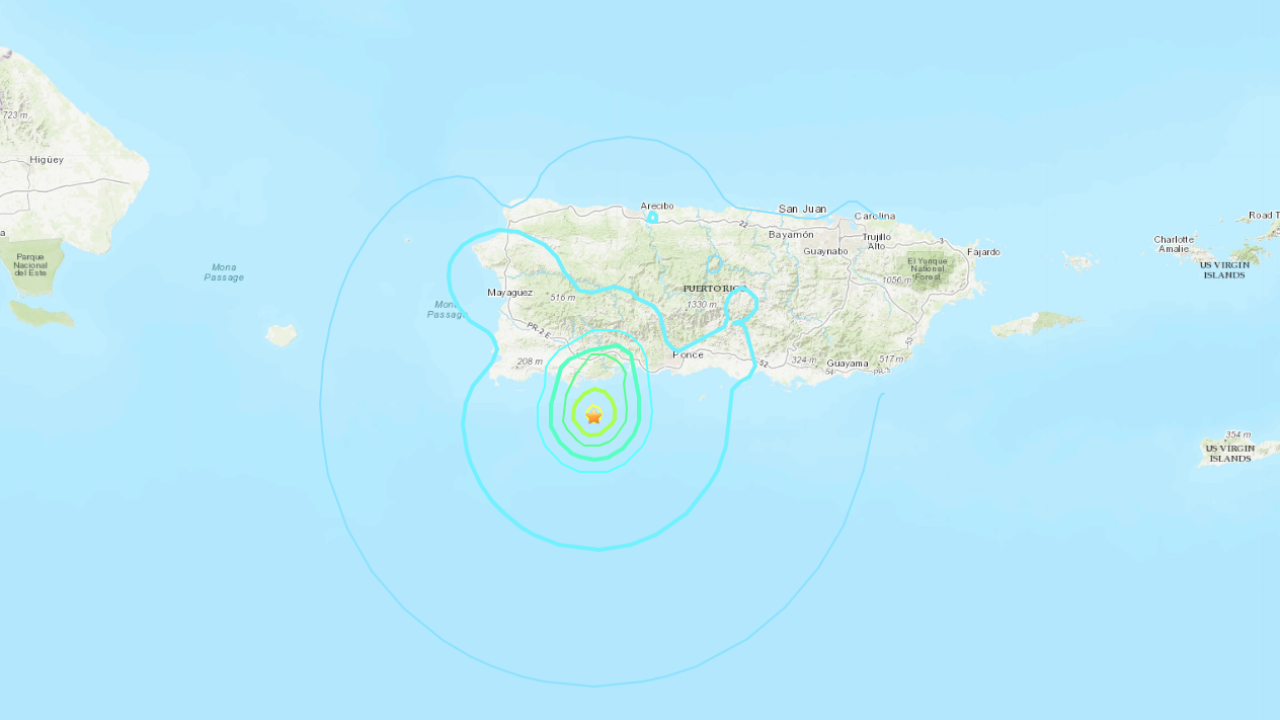 A magnitude-5.0 earthquake struck off the southwest coast of Puerto Rico Feb. 4, 2020.

The quake struck about nine miles from Guanica, around 9:45 a.m., according to the United States Geological Survey.

The latest earthquakes comes as the island has been trying to rebuild from a series of quakes and tremors over the past month, including a 6.4 magnitude quake on and a 6.0 aftershock that left at least one person dead.

The town of Guanica was also struck with a 5.8 magnitude earthquake on Jan. 6 that led to small landslides, power outages and severely cracked homes.

The flurry of quakes in Puerto Rico’s southern region began the night of Dec. 28, with quakes ranging in magnitude from 4.7 to 5.1. Previous quakes of lesser magnitudes in recent days have cracked homes and led to goods falling off supermarket shelves.

One of the largest and most damaging earthquakes to hit Puerto Rico occurred in October 1918, when a 7.3-magnitude quake struck near the island’s northwest coast, unleashing a tsunami and killing 116 people.