Camden Sylvia was 36 years old and living with her 50-year-old boyfriend, Michael Sullivan, when the two vanished from their loft apartment at 76 Pearl Street on November 7, 1997. They were last seen renting a video from a J & R Store near City Hall.

They left money, their eyeglasses, a bouquet of flowers, and even their passports in the loft. They haven’t been heard from since.

“As time went on, I accepted the fact that they’re dead,” Laurie Sylvia told PIX 11 Investigates in her West Side hotel room, with an emphasis on the word, “dead.” “I’m not happy that someone got away with killing two people down in the Wall Street area,” she added

Without bodies, there is generally no murder case, and no remains have ever been found in nearly 18 years. But there have been false alarms.

Early in the investigation, Laurie Sylvia got word cops had found something in the Hudson River. “They had found a leg with a sneaker and all this other stuff,” Sylvia recalled.  But the sneaker did not match her daughter’s shoe size.

From the beginning, detectives had a keen interest in the then-owner of 76 Pearl Street, Robert Rodriguez, who ran a locksmith shop on the ground floor. Sylvia and Sullivan had been arguing with him about the lack of heat in their 5th floor loft. The two had been renting the space for years at a rent-controlled price of $300 a month. Rodriguez could have commanded ten times that amount–$3,000 a month—if the space was ever vacated. 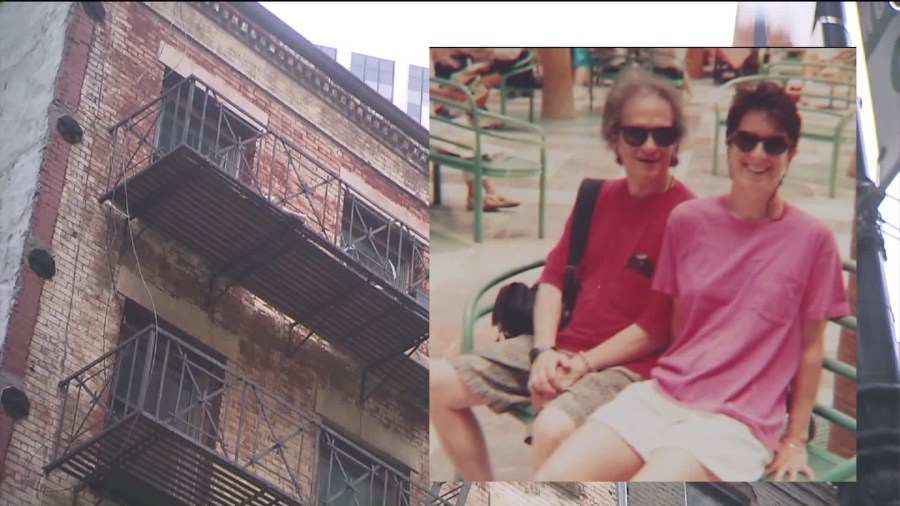 On the day they disappeared, Sylvia and Sullivan presented a letter to Rodriguez stating they’d be withholding the rent, if the heat situation wasn’t dealt with. Sylvia worked as a real estate agent, and when she didn’t show up for work, colleagues became alarmed, along with fellow tenants at 76 Pearl Street.

When Laurie Sylvia finally got to downtown Manhattan in November 1997, she recalled Rodriguez “gave me a key.” But Sylvia said it wasn’t long before he didn’t deal with her or the police. Rodriguez had property upstate in Orange County, and Sylvia noted “he wouldn’t let the police search his property. That was one of the worst things.”

Early in the investigation, after Rodriguez told detectives he was heading into Manhattan from Orange County, he himself vanished for ten days. When he returned to the city, he had a lawyer and refused to talk to investigators. One of his attorneys, Michael Rosen, spoke for Rodriguez and said he “absolutely, positively denies” involvement.

Some digging into Rodriguez’ background showed that one of his young, business partners had vanished in 1991. There was evidence he was using a dead man’s identification. The feds later convicted Rodriguez of credit card fraud and he went to prison for that.

When we first met Laurie Sylvia in 2013, in Cape Cod—where Camden was raised—she was adamant in her belief that someone in New York City knew the fate of her daughter and Michael Sullivan. “Someone down there knows what happened,” she said.  “Two people just don’t disappear.”

When she heard the prosecutor on the case, Joel Seidemann in the Manhattan District Attorney’s office, was open to a meeting, she jumped at the opportunity.  “I usually call on my daughter’s birthday,” Sylvia said, “and around the time that she went missing.”

In 2013, PIX 11 Investigates had found Robert Rodriguez a free man again—and living at an apartment in East Harlem. He was not happy to see us. When we approached him on a Friday afternoon back then, he was carrying a garment bag and appeared to be waiting for a ride.

When we mentioned the names Camden Sylvia and Michael Sullivan, he shoved his way past us, scrambling to get back inside the apartment building. We followed Rodriguez to an elevator, telling him Mrs. Sylvia was still waiting for answers about her daughter. A maintenance man in the building ran interfered, allowing Mr. Rodriguez to get away from the prying eyes of the TV camera.

This time, we returned to Rodriguez’s building twice.  He is still receiving mail at the same apartment, but there was no answer at his door.

Laurie Sylvia told us she has no desire to confront Rodriguez directly for answers. She had her meeting with the prosecutor, Joel Seidemann, and took the bus back to Cape Cod. Seidemann has been assigned to a re-trial in another, high-profile case — the second murder trial for Pedro Hernandez, which recently ended in a hung jury.

Hernandez confessed in 2012 that he had strangled six year old Etan Patz in 1979, when the little boy was walking alone to the school bus for the first time on Prince Street. Etan Patz’s remains were never found, a similar situation  to the case of Sylvia and Sullivan. Patz’s case, though, involves a confession, although Hernandez’s defense attorney at the first trial argued to the jury Hernandez has mental health issues.

When a missing persons case goes unsolved—or a murder case—it can torment the relatives left behind. Laurie Sylvia will turn 74 this year; she’s the same age as the landlord who refuses to talk.