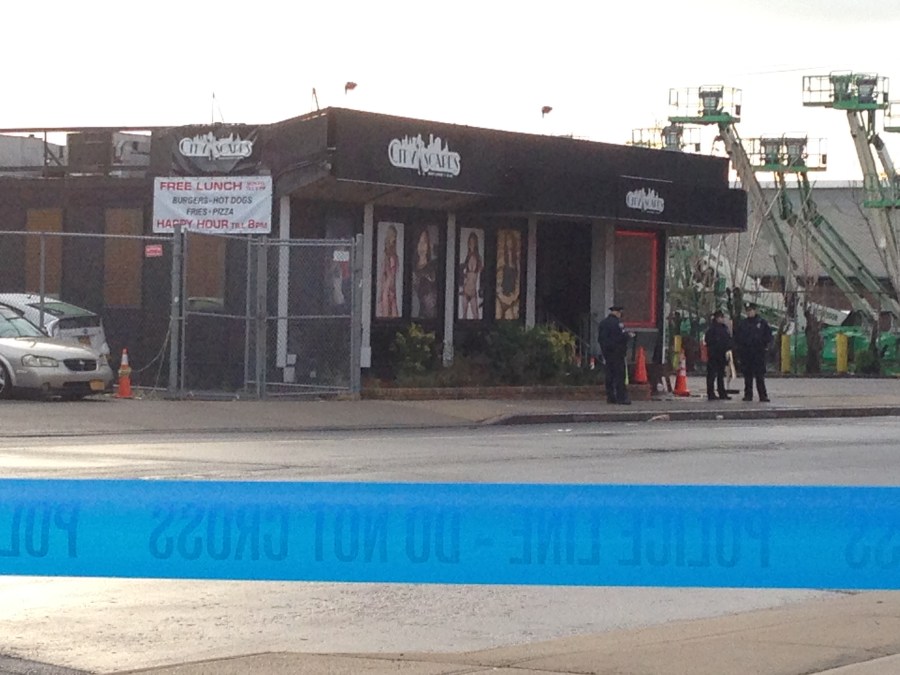 MASPETH, Queens – The search is on Thursday for whomever threw a Molotov cocktail through the window of a strip club in Queens, the same club visited by a New York Knicks player before he was robbed at gunpoint and shot in the knee.

The blaze was extinguished by fire crews and no one was hurt, police said.

Arson investigators are on their way to the scene and an investigation is underway.

CityScapes is the same strip club where, the night before, Knicks small forward Cleanthony Early visited before he was held up by armed thieves.

Early left the club about 4 a.m. Wednesday and was driving away in an Uber when a group of attackers cut off the car then surrounded the vehicle, pulled out a weapon and demanded jewelry from the 24-year-old athlete. Early was shot in the knee during the exchange and rushed to the hospital where he underwent surgery. His injuries are not life-threatening.

Wednesday afternoon, Early tweeted a grateful message to his supporters.

“Thank you for all your Thoughts and Prayer I appreciate you all! Shout out to you beautiful souls for caring, God works in Mysterious way!” he wrote.

For a basketball player, a knee injury can mean the end of a career.

Early gave thanks Thursday, posting a photo of himself in a hospital bed with the message, “Continue to count your blessings regardless, I know I will, because I got shot but ironically I dodge a bullet.  It could of been way worse and I’m thankful and grateful it wasn’t.”