ORLANDO, Fla. — You see them everywhere you go in this bruised city.

The rainbow-colored messages even stretch across entire buildings, like the one at Se7en Bites, the eatery that Trina Gregory-Propst runs with her wife east of downtown. To her, they are bittersweet symbols of a community that is healing.

“When people try to push you down, there’s always a rise up (afterwards),” she says. “And this rise up has been about the good and not just dwelling on … the bad that happened.”

The bad that happened. A year later, it’s still hard to talk about.

And yet 12 months after a gunman massacred 49 people at Pulse, a gay nightclub, members of Orlando’s LGBT community say they feel embraced here like never before.

The blood drives and candlelight vigils in the days and weeks after the June 12, 2016, shooting were soon followed by more enduring action.

Donations poured into a fund set up by the city to help the families of those killed, along with those who survived. By the time the OneOrlando fund closed officially on March 31, it had distributed more than $30 million.

Although gay rights have been a divisive issue among Florida Republicans, nearly two dozen GOP officials in Central Florida signed a resolution last year calling for laws banning discrimination based on gender identity or sexual orientation.

When Orange County Mayor Teresa Jacobs unveiled the measure a month after the Pulse shootings at an annual Republican Party fundraising dinner, she got a standing ovation.

“I took it head on and was shocked by the support … that was just unbelievable,” said Jacobs, who has been increasingly forceful in her support for the city’s LGBTQ community. The mayor says she has seen a dramatic shift in attitude among her fellow Republican lawmakers on gay rights, and she speaks often of the city’s new “culture of compassion.” 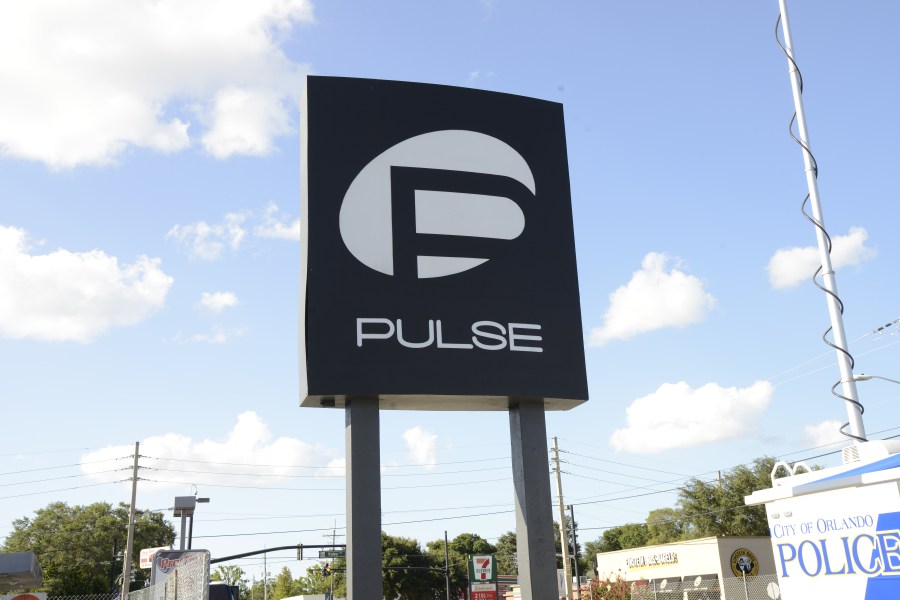 ‘This is your family’

In December, Orlando Police launched a Safe Place initiative which encourages businesses and organizations to display decals stating their commitment to sheltering gay, lesbian or transgender people who are victims of hate crimes or are feeling threatened.

Buildings displaying the decal agree to serve as a refuge from harassment or violence while police are called. More than 200 businesses have signed up.

In the wake of the shootings donations to the LGBT Community Center of Central Florida have allowed the Orlando agency to expand its free HIV testing and mental health counseling, says Gabe Martinez, the center’s director of clinical services.

“The Orlando community has changed … we have more of a togetherness,” he said. “When anyone goes through such tragedy we know that people tend to come together. I think we have that unity more than ever.”

And then there are the murals and the rainbow flags, which have sprung up seemingly everywhere since the shootings. None have been defaced.

“It’s overwhelming in so many ways,” said Young, who believes the city’s reaction to the Pulse tragedy has reminded residents of all stripes that their commonalities outweigh their differences.

Despite all this, the psychic scars of that horrific night remain.

Some members of the city’s gay community say they have been afraid to return to bars and clubs. Others do so warily, glancing over their shoulders for potential threats.

Dan Fraser, a manager at Stonewall, a gay bar in downtown Orlando, says he keeps a closer eye on people entering the bar. Barbara Poma, who owned Pulse, says she and her friends are on high alert when they go out at night. Whenever possible, they try to sit near an exit.

Still others cannot bring themselves to drive past the Pulse site on Orange Avenue, where fencing and makeshift memorials still surround the shuttered nightclub.

And no one in Orlando is kidding themselves that homophobia is gone, says City Commissioner Patty Sheehan, the first openly gay elected official in central Florida. Sheehan, who has complained that some local officials overlooked the LGBT community in announcing plans to commemorate the shooting’s anniversary this month, said that discrimination still exists — it’s just subtler.

“We as Americans will be nowhere if we hate each other and spend all our time shooting and hurting and hating,” she said, in a plea for the city to keep banding together the way it did in the days after the attack.

“Why not love? Why not be like all those people who I saw holding candles and giving blood and donating money and caring?

Still, many in Orlando’s gay community say that over the past year they have felt a welcoming communal spirit in the city that makes them stand a little taller and feel a little … well, prouder.

“Many hearts and many minds were changed after what they saw at Pulse,” said Poma, Pulse’s owner, who has announced plans to turn the site into a permanent memorial.

Across the street from Pulse is an Einstein’s Bagels, whose parking lot was used to treat Pulse victims on the night of the shooting. Police told general manager Tammi Hamburg that some died there.

Today on one side of the Einstein’s building is a mural showing four hands spelling out the word “LOVE.” The mural also contains 49 orange blossoms — one for each of the 49 people slain at Pulse.

Hamburg said the store thought they might get some pushback from customers who were uncomfortable supporting gay rights. But feedback has only been positive.

In Orlando these days, the pain still is never far away. But neither is the love.

“I felt so helpless as it (the attack) was going on. But … Orlando has really stepped up to the plate,” said Fraser, the manager at Stonewall. “The camaraderie that we have in this city is unbelievable.”

“We check on each other constantly,” agreed Gregory-Propst, the Se7en Bites owner. “It (the attack) brought out the best of people. It’s ok to say ‘I love you’ to your friends and to let them know that you truly care about them.”