ORLANDO — A man travel from Illinois to Orlando with 49 wooden crosses in his truck to build a memorial for the victims of the Pulse nightclub shooting.

Greg Zanis drove 1,200 miles with white crosses in his truck. He arrived outside of the Orlando Health Medical Center and placed the crosses, one for each person killed in the tragic shooting, around the hospital, according to CBS4.

Mourners visited the site on Thursday after it was complete and began writing their condolences on them. 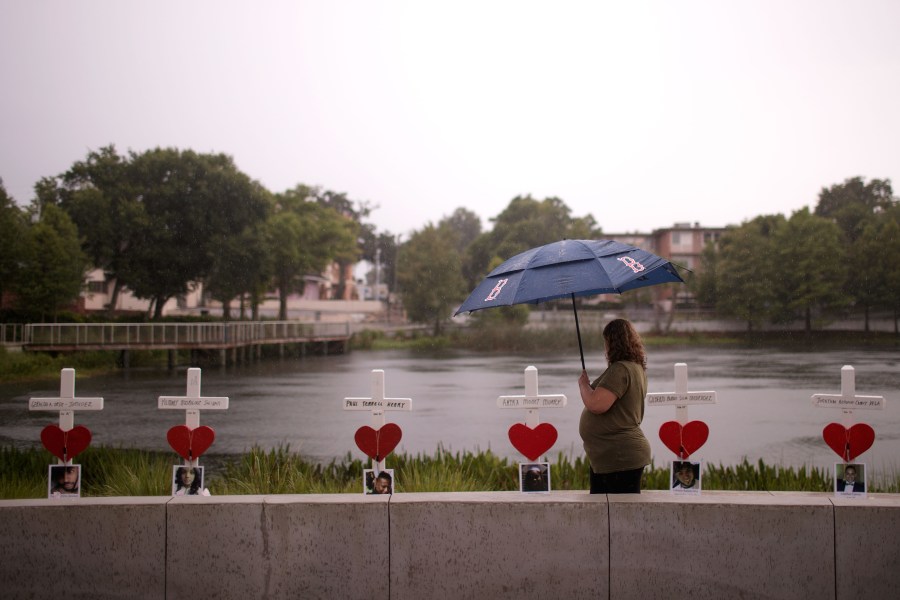 “My message today is love your brother, love your neighbor. Don’t judge them,” Zanis told CBS4.

This isn’t the first time Zanis has placed crosses for victims of mass shootings. After a gunman opened fire in Sandy Hook Elementary School in Newtown, Conn. in 2012, he did the same exact thing. He placed 26 crosses for the children and adults killed days after the massacre.

On June 12 around 2 a.m., Omar Mateen went into Pulse nightclub and opened fire, killing 49 people. He later died in a shootout between him and police.

Zanis hopes the crosses will bring together the community. After people have left their condolences, Zanis told CBS4 he plans to bring the crosses to the victims’ families.

Are abortions still legal in NY, NJ? What to know