MANHATTAN (PIX11) — At least two people who have not been heard from in the aftermath of a catastrophic building explosion and fire that injured at least 28 people and reduced multiple buildings to smoldering piles of rubble in the East Village.

Nicholas Figueroa, 23, was eating at Sushi Park, the ground floor tenant of 121 Second Ave., when it was rocked by the explosion Thursday afternoon, Figueroa’s family told the New York Times. Moises Lucon, also remains unaccounted for. Lucon was a busboy at the restaurant. 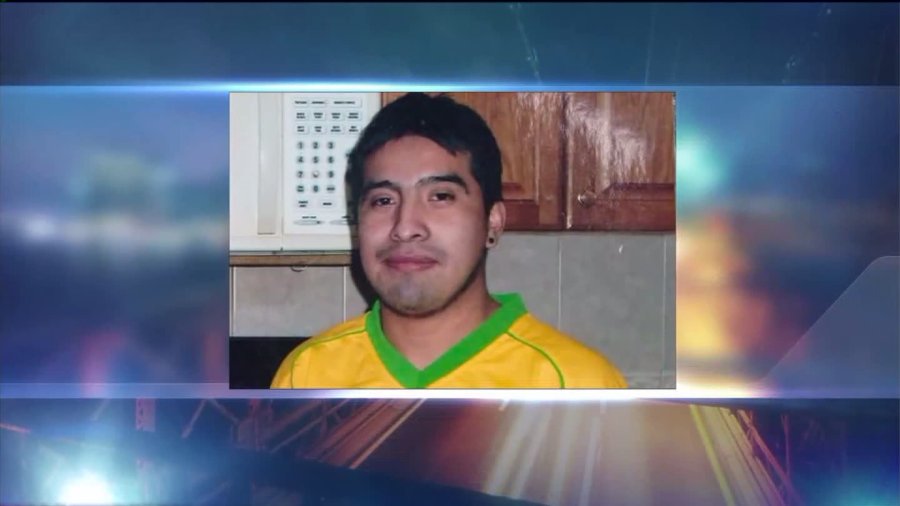 Moises Lucon, 26, was a worker at the restaurant.

According to the NYPD Detective Bureau, Figueroa and one other person remain unaccounted for. Anyone who suspects they know someone who is missing or anyone who sees Figueroa is urged to call 311. 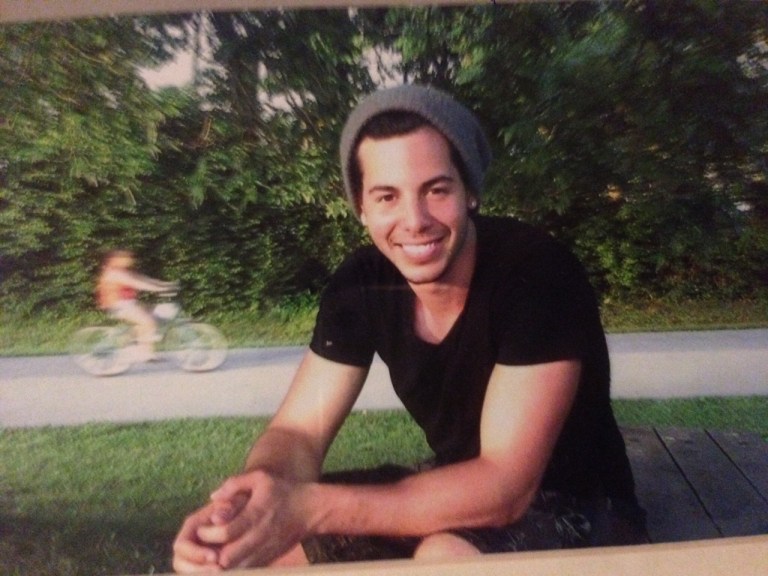 Nicholas Figueroa was unaccounted for after an explosion and building collapse rocked an East Village neighborhood on March 27, 2015. (Photo: Family)

Twenty-two civilians were hurt in the blast, four of them critically, Mayor de Blasio said Friday afternoon at a press conference. Six firefighters and an EMS worker suffered minor injuries, officials said. No fatalities have been reported.

De Blasio said the blast appears to a gas explosion as a result of plumbing and gas work at the building that housed the sushi restaurant below and several residences above. A spokesman for Con Edison said it stopped plumbers working Thursday at 121 Second Ave. because they failed the utility’s inspection. A gas pipe expansion was underway to increase service to the restaurant and units before the blast. About an hour later at 3:17 p.m., the building exploded.

Although there is no record of calls reporting the smell of gas in the area,the owner of Sushi Park said he smelled gas around 3 p.m. He first called the landlord, who then called the contractor, de Blasio said. De Blasio is urging anyone who smells gas in their home or business to immediately call 911 or Con Edison first before calling anyone else. 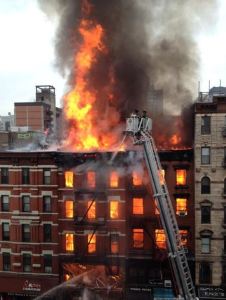 In all, four buildings straddling Seventh Street and Second Avenue collapsed or were damaged in the blast. One of those collapsed buildings fell overnight, hours after the initial explosion, officials said.

Forty nearby apartments that were evacuated were ready to reoccupy as of Saturday morning, while full vacate orders were placed on three additional buildings.

Witnesses described “pandemonium,” with residents scurrying down fire escapes and pedestrians darting from the sidewalks around the building as the block was rocked by the blast that was followed by flames shooting into the sky.

“The whole store front came out of the building. It’s on the street, all over,” said Ataur Rahman, who works at Dallas BBQ.

Eleven buildings were evacuated after the blast, including 144 residential units, the mayor’s office said.

Displaced residents — 84 people checked in and 30 stayed overnight — took advantage of a Red Cross shelter set up at P.S. 63, but that shelter was relocated Friday to let children back into class. The new shelter was open at 8 a.m. at Tompkins Square Branch Library, located at 331 East 10th St.

The neighborhood will remain unsettled for several more days while the investigation and cleanup continue.

The normally bustling St Marks Pl is shuttered and empty, one block away from collapse pic.twitter.com/nY0UZfmuvP

Smoke lingered in the air for blocks surrounding the blast site, affecting air quality for a brief period of time Thursday afternoon. The city’s health department said air quality is no longer an issue and it is not necessary to wear respirators or surgical masks when in the neighborhood.

While the exact cause of the blast is not yet known, de Blasio urged the public to call 911 or Con Edison at 1-800-75-CONED if they smell natural gas, which has an odor akin to rotten eggs.