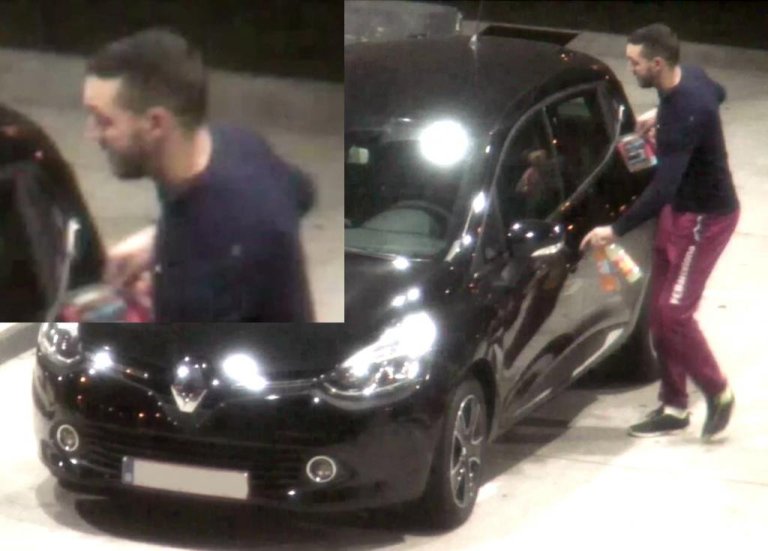 The third suspect in the Brussels Airport attack — the “man in the hat” — has been positively identified as Mohamed Abrini, according to the Belgian federal prosecutor’s office.

Abrini, believed to be the lone surviving suspect in the March 22 attack on the airport, is seen in surveillance images wearing a dark hat and a light-colored jacket, rolling luggage carts with two men it is now believed were suicide bombers.

The prosecutor’s office said in a Saturday statement that Abrini confessed to having thrown his jacket away, and told them he later sold his hat.

Abrini, who was one of six people detained Friday in raids across the Belgian capital, also has been tied through surveillance video and DNA to last November’s terror attacks on Paris, which left 130 people dead.

Thirty-two people were killed in the March 22 Brussels attacks, which occurred at the city’s airport and at a busy subway station.

Earlier in the day Saturday, the same prosecutor’s office announced that they’ve formally identified the second person seen in surveillance footage from the attack that occurred that day at a Brussels subway, part of coordinated terror attacks on the city that killed 32 people March 22.

He too was nabbed in Friday’s raids, and has been charged with “participation to the activities of a terrorist group and terrorist murders,” according to the prosecutor’s office.

A French source close to the investigation into ISIS’ terror network in France and Belgium told CNN that European security agencies believe Krayem, or Hamed, played an operational role in the attack.

The two other suspects arrested in Friday’s raids, 27-year-old Bilal Al Makhoukhi, and a Rwandan national identified as Hervé B.M. — are accused of helping Abrini and Krayem. Both have been charged with “participation to the activities of a terrorist group and terrorist murders,” according to the prosecutor.

It is not clear if the remaining two detained, neither of whom have been named, have been or will be charged.

Belgium has emerged as a hotbed of extremism, exporting more foreign fighters per capita to Syria than any other Western European nation, according to the International Center for the Study of Radicalization and Political Violence.

The London-based think tank said the Brussels attack — as well as the ones in November in Paris that killed 130 — “point to a broad and sophisticated terrorist network in Belgium.”

Fresh round of raids

On Saturday, witnesses said about 50 police officers descended on an apartment in the Brussels neighborhood of Etterbeek.

Authorities said they suspected the apartment of being a safe house, but Saturday’s search turned up no weapons or explosives, the prosecutor’s office said.