FLORIDA (PIX11) – A man high on a dangerous new street drug called ‘Flakka’ was caught on video trying to break down the door to the Fort Lauderdale Police Headquarters.

Flakka, also called “gravel,” gives its user delusions of super-human strength and intense episodes of paranoia — apparently the state of mind of Florida man James West when he tried to kick, pull and smash the hurricane-resistant glass doors with large rocks last month. 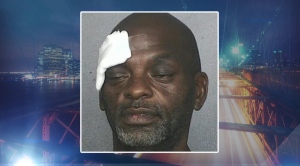 West told police he tried to break down the hurricane-resistant doors to get to safety during a paranoid delusion. (Fort Lauderdale Police Dept.)

At one point West tried to “mule kick” the door by turning around and striking backwards with his feet, Fort Lauderdale Police Det. Tracy Figone.  “His power was so forceful that, when he pulled, you could see the doors shaking, and him throwing the rocks that cracked the impact windows,”

Police arrested him in the headquarters parking lot; he told officers that he was trying get help and that he believed several cars were pursuing him down Broward Blvd., according to FOX2Now.  Broward Health Emergency Room doctor Nabil El Sanadi told the station he believes the hospital is seeing more people admitted after taking Flakka, and describes it as a synthetic cousin of bath salts.  Some cut the cheap drug with cocaine, heroin or meth. 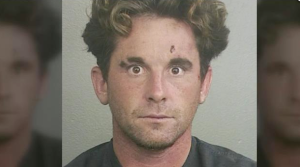 Fort Lauderdale police recently arrested another man believed to be high on Flakka — last Saturday officers spotted 34-year-old Matthew Kenney, naked except for a pair of sneakers, running at top speed, also down Broward Blvd., according to WSVN.  He later told officers he believed he was being pursued by a multiple individuals, and that the same people had also stolen his clothes. 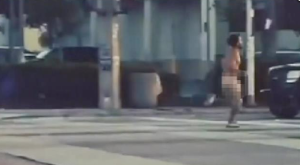 Police say they saw Kenney run past them down Broward Boulevard.  (YouTube) 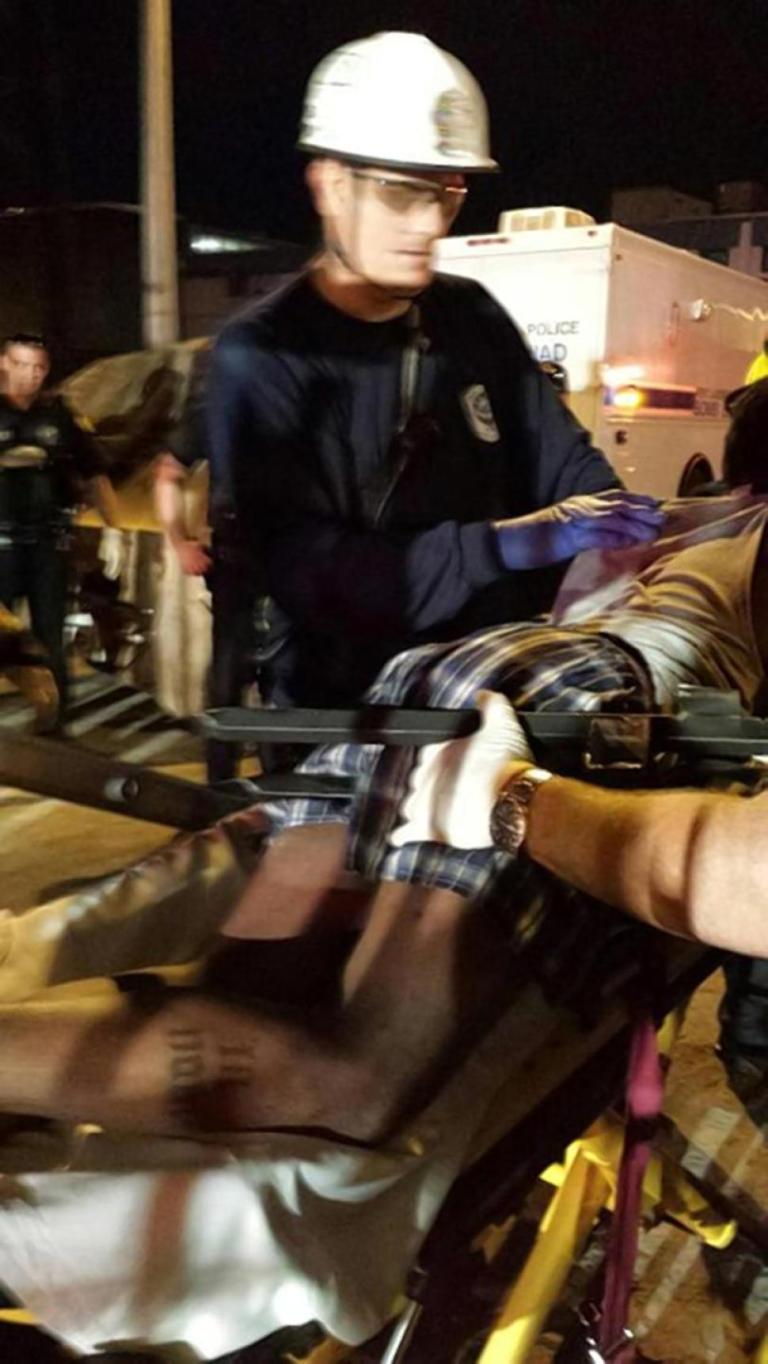 Police had to cut away a section of the fence to free Neely. (Fort Lauderdale Fire and Rescue)

Police rushed another man, Shanard Neely, to the hospital after finding him impaled on the spike of a 10-foot metal fence.  Neely had apparently been trying to scale the fence March 22 when he fell, with one of the points passing all the way through his leg.  Fort Lauderdale Fire and Rescue had to cut away a section of the fence and transport Neely to the hospital with the bar still through his leg.

The drug is made from a compound called a-PVP, a chemical closely related to cathinone, a synthetic version of which can be found in the notorious drug bath salts.

Special job fair gives women a chance to change their …