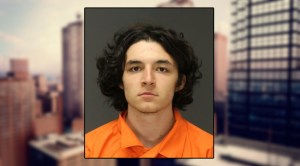 CRESSKILL, N.J. — The year-long search for a New Jersey woman came to an end Wednesday as investigators announced that the remains of Mila Kostadinova, 18,  have been found and another teen has been charged in connection with her disappearance.

Antony M. Freay, 19, of Cresskill, faces numerous charges, including unlawfully disturbing, moving or concealing human remains; unlawfully desecrating or damaging human remains; failure to report the death of a person; hindering apprehension by concealing evidence and hindering apprehension by providing false information, according to Bergen County prosecutors. His bail was set at $50,000 cash.

Investigators said Freay was the last person to see Kostadinova before she vanished on June 2, 2014.  Officials believe she was hanging out with several friends in his home at 189 Jefferson Ave. in the early hours of that morning.

The day before she disappeared, Kostadinova tweeted, “Amy Winehouse, cigarettes, and Oreos. Chill afternoon#homeless #crashingatsomeoneshouse #bored,” and then later that day, “Feeling depressed :(.”

She complained via her Twitter account about problems she was having with her parents, lack of sleep and issues with depression.

“Damn klonopin has me f***in zombied out,” she posted a few days before she was reported missing.