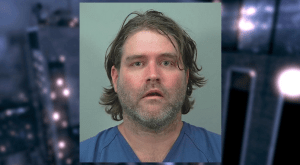 SUN PRAIRIE, Wis. — A Wisconsin man was arrested after police say he beheaded his mother Friday, confessed to the killing then said “she’s not my real mother.”

Matthew Skalitzky, 40, used a sword with a 4-foot blade to slice off the head of 68-year-old Jane Skalitzky, according a warrant obtained by Madison.com.

The beheading took place after the son spent the night at his parents house and had breakfast with them the next morning.

Joseph Skalitzky, Matthew’s father, told officers his son seemed “anxious and agitated” at breakfast and at around 11:30 a.m. said he wanted to return to the his own home.

The mother drove him home where Matthew allegedly told his roommate to go upstairs.

The roommate told police that he heard Jane Skalitzky scream, “No, no, no,” and when he rushed downstairs, he says he saw Matthew holding the sword and standing over his mother’s body.

The roommate said Matthew then quietly gave up the sword and let his roommate lead him “like a child,” down the stairs to a couch.

Police arrived and when they asked Matthew if his mother was dead, he replied, according to the warrant, “Yes, but she’s not my real mother.”

Matthew’s father said his son recently stopped taking his medication after reading “negative comments” about the drugs online. He started back on the drug just two days before the attack.