She was at home with family and friends, reminiscing over old pictures and momentos.

But she cant help but feel uneasy. Any day now, she’ll learn if a police officer will be indicted in the death of her son, Eric Garner.

“I have mixed emotions … of course I’m anxious about the grand jury’s decision. We are in limbo. We don’t know whats going to happen or when it’s going to happen, were in the dark as much as you are,” Carr told PIX11. 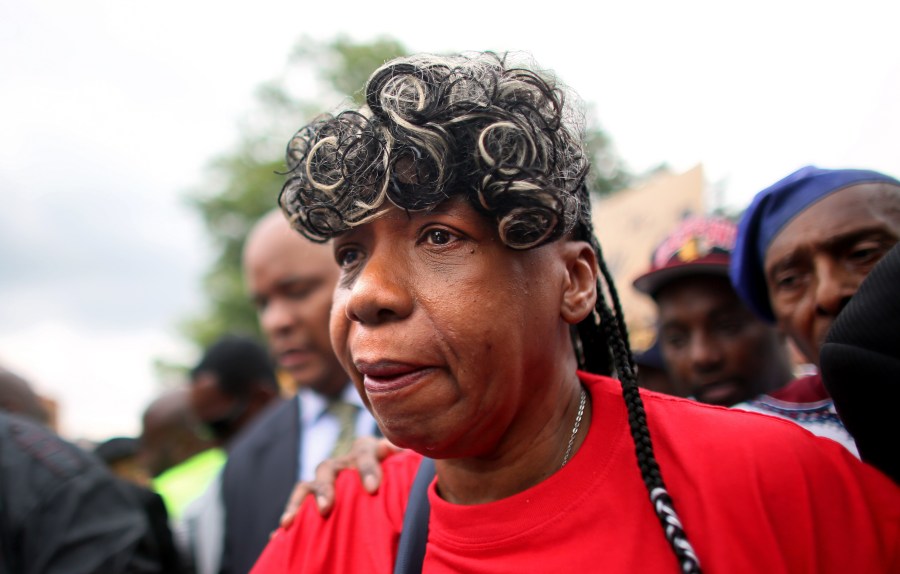 NEW YORK, NY – AUGUST 23: Gwen Carr, mother of police violence victim Eric Garner, marches during a rally against police violence on August 23, 2014 in the Staten Island borough of New York City. Thousands of marchers are expected for today’s rally which will be attended by the family of Michael Brown and the Reverend Al Sharpton among others. Eric Garner, 43, died while he was being arrested for allegedly selling loose cigarettes in front of a bodega and was put into a chokehold during a confrontation with police. An investigation is pending and the police officer who allegedly used the illegal chokehold has been placed on modified duty. (Photo by Yana Paskova/Getty Images)

Nearly 5 months since his death on a Staten Island street, and Carr is still shaken by the way Garner spent his final moments.

While Carr hopes the video of Garner’s encounter with police will persuade a grand jury to indict officer Daniel Pantaleo, that video is also what bothers her the most.

“It was just too heartbreaking too emotional for me to even look at the whole video and every time I see it or hear it I just want to cut it off. I cant bear to hear my son begging for his life anymore.”

Carr has been flooded with notes, phone calls, and even artwork in memory of her son.

“I know from wherever he is, he knows his death was not in vain and that it is making a statement.”

But now this mother is focused on what she believes is justice and Carr has a message for all New Yorkers.

“I wouldn’t want them to tear up the town but you know that has to stop … they cant go on killing our sons, our fathers, our brothers of color and getting away with it,” she said.

Earlier Tuesday, Carr said she does not want protesters to set fires, and destroy property like what happened in Ferguson, Missouri after a grand jury decided to not indict Officer Darren Wilson in the shooting death of Michael Brown.

“They have to be held accountable one way or the other and even if its not an indictment, if the decision comes down and its not in our favor, we are still going to fight this fight.”

It is unclear if the family was meeting with the DA.”

Patient reunites with doctor that saved his life

ST. GEORGE, Staten Island — Police on Monday said they were still looking for three suspects after a pizza delivery man was attacked and robbed by a group outside a Staten Island apartment building back in February.

According to police, it happened back on Feb. 10 when the delivery man arrived to the building on Jersey Street, in the St. George neighborhood, just after 6 p.m.

MARINERS HARBOR, Staten Island -- Police have asked the public for assistance in identifying the victim whose skeletal remains were found at a Staten Island park earlier this year.

Authorities on Wednesday released images to depict clothing similar to those worn by the victim.

Cops responded to a call of skeletal remains, believed to be human, found at the Mariners Marsh Park the morning of January 17.

COVID-19 Hate Crimes Act could get Congressional vote this week