NEW SPRINGVILLE, Staten Island — A 28-year-old woman has been charged in connection with the discovery of a dead newborn in a garbage bag Saturday morning.

Nausheen Rahman, 28, has been charged with concealment of a human corpse. 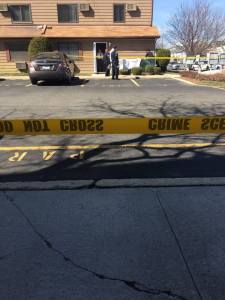 Hospital staff quickly realized there were no records of the woman giving birth and notified police.

The body of the newborn baby girl was found Saturday morning around 11:30 a.m., in a garbage bag in front of Rahman’s home on Richmond Hill Road.

Neighbors told PIX11 they didn’t really know the family that lived in the apartment.

“So much help we have out there and I guess she didn’t know where to go,” said neighbor Brenda Santiago.

Police sources say the nature of the newborn’s death has been deemed suspicious.

The medical examiner will determine the cause of death.

BROOKLYN, N.Y. — Michelle Barnes-Anderson has lived every mother’s worst nightmare. Her only child was murdered during a shooting in Brooklyn nearly four years ago.

Now, she has turned her pain into purpose within the pages of a new children’s book released this week.