ANNADALE, Staten Island – A pregnant mother of two girls was on her way home when she was fatally struck by a car on Staten Island Monday evening, according to police. 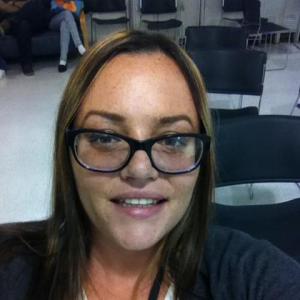 Shannon Lies, 31, was found at Hylan Boulevard and Arden Avenue with severe head injuries about 11 p.m. Monday, according to police. She was taken to Staten Island University Hospital South where she was pronounced dead.

NYPD determined a 1998 Mercury Grand Marquis was traveling westbound on Hylan at the same time as Lies was crossing the street southbound. They said as the car approached the intersection of Arden Avenue, it struck Lies, who was crossing mid-block.

The 54-year-old driver was not injured in the incident and remained at the scene. There are no arrests.

Chris Egerci, Lies’ manager at Mike’s Place, said she asked  to leave early because it was a slow night, but moments later– tragedy struck right outside his diner.

“We all went there and she was still alive,” he said. “We had a pulse. By the time the emergency [technicians] arrived, pretty much the pulse was gone.”

Lies, who was six months pregnant with a boy, was also working at New Dorp six days a week – all for her kids, according to Egerci.

“She was a very hard-working mom and all she thought about her kids, the main priority.” Egerci said. “She was a very, very sweet woman.”

Earlier in the evening, about seven miles away, a 61-year-old Steven Turetsky was also fatally struck on Hylan Boulevard. The driver also stayed and was not at fault.