NEW YORK – A TSA screener is out of a job and facing criminal charges after police say she swiped a passenger’s diamond-encrusted watch.

Margo Grant-Louree, 41, of Montauk Avenue in Brooklyn, was ushering people through security on Aug. 26 when one man, identified by Queens District Attorney Richard Brown as Bindoo Ahluwalia, forgot to retrieve his Diamond Master watch from the plastic bin. 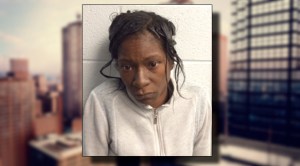 Instead of placing the timepiece aside and trying to locate Ahluwalia, surveillance cameras captured Grant-Louree walking off with it, according to police.

Grant-Louree said she took the watch into a bathroom near the Terminal 7 security checkpoint, but got nervous later when she saw her co-workers looking for it, according to the criminal complaint.  She told police she then destroyed the watch, which was covered in small, white diamonds and worth $7,000.

Grant-Louree has resigned from her job with the TSA.

District Attorney Brown said, “The defendant was supposed to be screening passengers to ensure the safety of the flying public, but on this particular day this employee allegedly removed a very expensive watch from a plastic bin and kept it for herself. This kind of thievery will not be tolerated at our airports.”

She faces a third-degree grand larceny charge and one count of official misconduct.

Coldplay at capacity: Concert kicks off live events in NYC

Couples still out thousands after venue shuts down

Eastbound lanes on LIE near Willis Avenue closed after crash