ELMHURST, Queens (PIX11) — An employee at a Queens Starbucks was suspended and no longer works there after a video of her berating and yelling at customers was posted to Facebook.

“Get out!” she yelled. “You’re not going to be served here.”

The customer, Ruby Chen, wrote about the experience on her Facebook page Friday, saying the ranting “manager” was actually a shift supervisor and is “no longer working for Starbucks.” The district manager contacted her and offered her a $100 gift card.

The customer behind her, Pennapa Castro, posted the video to Facebook Tuesday, writing “too much attitude at Starbucks.” The incident happened at the shop on 86-51 Broadway in Elmhurst.

After Chen ordered a Frappuccino with a “special” (cookie) straw, she didn’t hear a different employee ask her name as she pulled up her Starbucks app on her phone to pay, she wrote. Chen said the shift supervisor, Melissa, then shouted “Hellooo.”

“Sorry I don’t hear you, but you don’t have to yell,” Chen said of the incident on Facebook, adding that she still doesn’t know what set her off.

Melissa then moved the scanner away from Chen, not allowing her to pay, and accused her of trying to steal the straw in her hand and holding up the line of the crowded Starbucks, Chen wrote.

When other customers came to Chen’s defense, the shift supervisor then shifted the focus of her rant on them.

“Bye, bye,” she said with her hands up, dismissing them. “Get the (expletive) out of here.”

The shift supervisor, Melissa, who did not want to provide her last name, told PIX11’s Magee Hickey that she wasn’t fired, but quit on her own volition. She added that the customer was abusive to her, and she had no support from the district manager.

The 25-year-old had worked at Starbucks for five years. The store’s manager defended its former employee’s character.

“We do our very best to hire good people with good hearts who care about our customers,” he told PIX11, adding that Starbucks would not allow him to identify himself. “This is a good person who did a bad thing.”

The customer’s experience is not reflective of the service our baristas provide.

The employee was immediately suspended and no longer works for Starbucks.

Our leadership team has reached out to the customer to make things right.

This experience is not what we want our customers to have in our stores.

We worked to quickly resolve this. 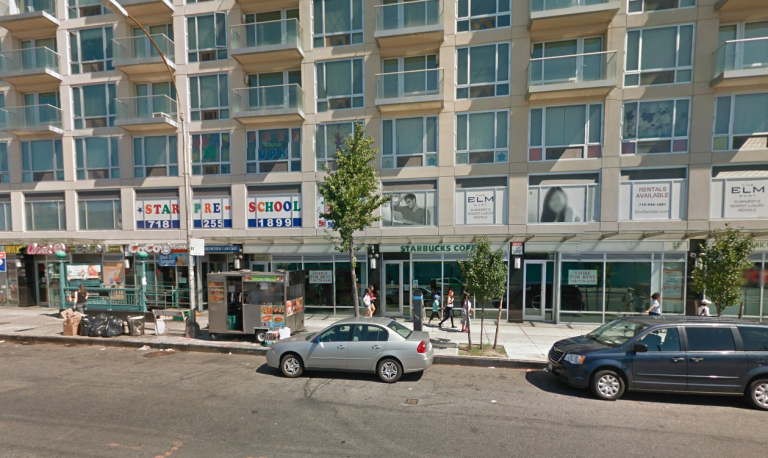 The rant happened at a Starbucks in Elmhurst, Queens at 86-51 Broadway, a customer wrote on Facebook. (Photo: Google Maps)

Correction: an earlier version of this story stated that the shift supervisor was fired. She was suspended.

Brittney Griner back home in US after prisoner swap

Brittney Griner back home in US after prisoner swap

Man stabbed to death, another hurt in Queens: NYPD

Queens man’s stroke caught on camera: ‘the most terrifying …

NYC will be building thousands of affordable housing …

Here’s where, when snow may blow into NY and NJ

Everything you need to host New Year’s Eve