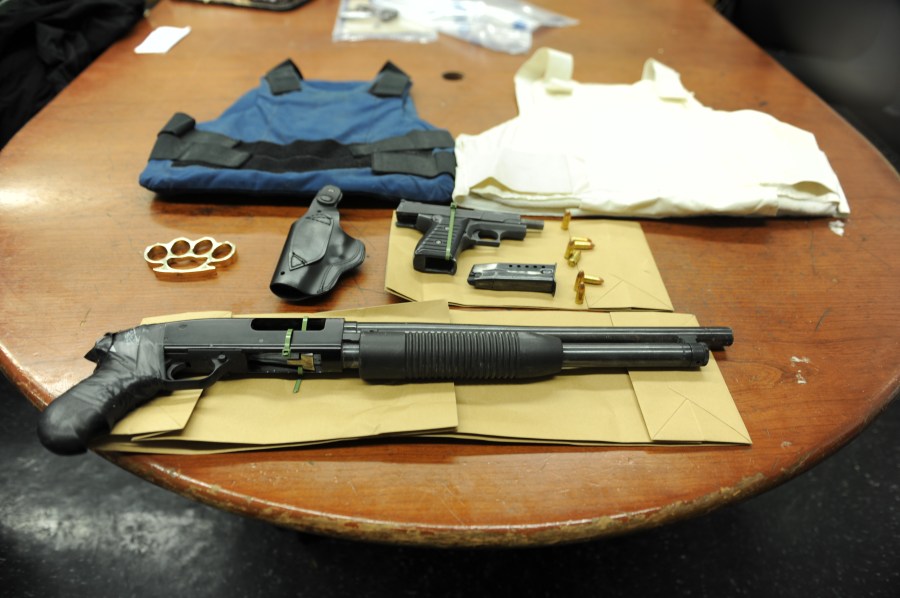 Firearms from a man who allegedly made threats against the NYPD were confiscated. (NYPD)

QUEENS (PIX11) – A man who allegedly made threats to kill police officers was stopped in his tracks Wednesday, officials said.

Elvin Payamps, 38, was allegedly on his cell phone at TD Bank on 79-55 Metropolitan Avenue when a male witness overheard him having a conversation about killing cops and having firearms at his house.

The witness notified police who reported to the bank after Payamps left. They transmitted a description of the man over the department radio, and then canvassed the area for him.

During the search, a man fitting the description of Payamps was found entering a vehicle at 6626 Metropolitan Avenue.

Uniformed officers in a marked patrol car followed him. After a short distance, they conducted a car stop at Metropolitan Avenue and Rentar Plaza. During the stop, they found a small bag of marijuana in plain view in the front seat of the vehicle.

Police identified the man as Payamps, arrested him and brought him to the 104th Precinct in Queens for further investigation.

They went to his home on Edsall Avenue and obtained verbal and written consent from his spouse to search the home.

Police uncovered two firearms, two bullet proof bests, brass knuckles and a holster. Payamps has since been charged with three counts of criminal possession of a weapon and unlawful possession of marijuana.