QUEENS — A master barber was shot in the head and killed while sitting his vehicle in Queens early Tuesday, according to officials, who are searching for his killer.

Zanu Simpson, 32, was killed while sitting in the driver’s seat of his BMW, police said. They first responded to a 911 call of a man shot near South Conduit and Lansing avenues around 12:15 a.m.

Simpson was found with a gunshot wound to his head, unconscious and unresponsive, police said. EMS transported him to the hospital, where he was pronounced dead.

Investigators believe Simpson and a man with a gun had an altercation while he was sitting in his car. A source told PIX11 News the shooter was seen on surveillance video getting into the passenger side of Simpson’s SUV. Minutes later, that man exited the vehicle, walked to the driver’s side and opened fire.

A gun was recovered at the scene, PIX11 video shows, and police believe they are looking for a person last seen in a gray sweatsuit and fleeing in a silver sedan.

Simpson had just left a nearby bar and grill when he was killed, according to police sources.

Now, friends like Samantha Lowe, who has known Simpson since high school, are mourning his death.

“I wanna let everyone know, he wasn’t a bad person. This happened to a really great guy. … He’s someone the community loved,” Lowe said.

Simpson moved from Jamaica to NYC, where he opened Queens’ Strickly Skillz Barbershop with his brother.

The shop posted on Facebook early Tuesday, the writer saying, “the worst thing” would be learning “they hurt you in these streets.”

“I’m glad I always told that you was the other half of me when they saw me they ask where your brother at. Now I don’t know what to tell them all them memories I will never forget them,” the poster wrote.

Simpson described himself as a master barber on social media, and touted more than 15,000 followers on Instagram.

He had celebrity clients, such as Future and Mobb Deep, according to friends and the shop’s Instagram page. 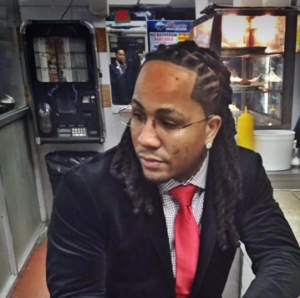 More than a dozen children hurt in Queens fire: FDNY